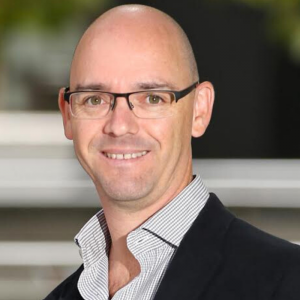 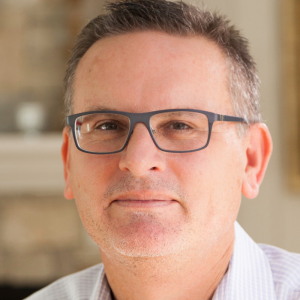 , December 18, 2019 /EINPresswire.com/ -- Real-time electricity data combined with Internet of Things (IoT) technologies will feature in an $8.2 million, Australia-wide roll-out of intelligent devices and services, delivering solutions for consumers to benefit from the global energy transition.

Wattwatchers is deploying a new data-driven consumer energy data platform, dubbed an ‘app store for energy’, built on its next-generation cloud computing infrastructure. Thousands of IoT energy devices will be deployed as part of the project, putting real-time granular energy data into the hands of consumers.

At launch, the project will support several consumer-enabling apps for saving energy, bill reduction and solar optimisation, with dozens of apps expected to be integrated over the life of the project.

Wattwatchers, a past winner of the Australian Technologies Competition’s prestigious New Energy Award, aims to install energy monitoring devices to a minimum of 5,000 homes and businesses, plus 250 schools, with grant-subsidised energy management technologies that operate independently of power companies and the smart meters typically used for billing customers.

'The Wattwatchers project is designed to provide both the data and consumer participation needed to manage an increasingly decentralised electricity system. This also aligns strongly with other ARENA-funded initiatives for DER, demand response and new marketplaces.'

Participating consumers will control their own energy data, receiving information, alerts and apps to support them to know more about their electricity than utilities do. This will equip them for success in Australia’s fast-changing energy marketplace, in which households and enterprises can generate and store their own electricity, as well as buying it from the main grid.

The financial benefit of the ARENA grant funding will flow primarily to the consumer participants as a discount—worth hundreds of dollars for households and small businesses, and around $2,000 for schools—on energy management devices and installation by licensed electricians, with three years’ of access to data and apps.

In exchange, participants can opt-in to share their data with project partners under pre-agreed, customer-friendly Terms and Conditions, including being able participate in commercial-scale trialling of consumer-led data rights, and energy management schemes that pay consumers to participate.

Wattwatchers CEO Gavin Dietz said that ARENA’s support was vital to running the project at commercial scale, deploying Australia-wide across thousands of households and businesses, along with hundreds of schools that provide an unprecedented opportunity to test and refine energy engagement and literacy.

‘Data is key to providing consumers with more market power in the new energy marketplace,’ Dietz said. ‘Data supports more choice, especially where consumers own and control their own data, and can take it with them whenever they change their energy company. Data informs key actions to save money, avoid waste and cut carbon emissions.

‘With more and better data, consumers will be better informed to buy their energy. They can identify and take action on energy efficiency opportunities, both behavioural and appliance-driven, and use energy at times that suit them. If they have solar, it helps to optimise it or add storage. If they don’t have solar, it helps to show if there is a good investment case. It will help homes and enterprises to prepare for electric vehicles, and other emerging services in the new energy era, such as aggregated load control programs and virtual power plants (VPPs), and also local and peer-to-peer trading schemes.

‘Finally, it allows consumers to integrate energy into smart home automation, which is a missing component in the array of devices that are quickly finding their way into Australian homes, such as Amazon Echo, Google Home and Apple Homekit.

‘As a bonus, much of the data that helps consumers can also help the wider electricity system that supplies most consumers, and the markets that seek to balance supply and demand. The network businesses and market operators currently have poor visibility of the low voltage grid, which is connected to over 10 million Australian consumer sites, and face a mission-critical challenge to both see and control DER as Australia moves to higher and higher penetration of renewable energy, especially small-scale solar.’

The founding technology partners joining Wattwatchers in delivering the project are Accurassi, which specialises in energy tariffs data for consumers; Cogniss, a leading behavioural change app developer; and Solar Schools, experts in software for energy and education.

Parallel to the Wattwatchers-led project, the Australian National University’s Battery Storage and Grid Integration Program is running a three-year PhD research project, focused on energy data use cases. Data and learnings from the program will also be made available to other research institutions and solution developers, consistent with ARENA’s deep focus on knowledge generation and sharing, and data privacy and security.

The project features a commitment to best practice on consumer data rights and will include an external Data Advisory Panel.

A limited number of proof-of-concept installations at homes, businesses and schools have already begun, and the project is gearing up to a formal public launch in early 2020.

Jan 20, 2020 - Nuclear power should be part of the climate conversation

Jan 20, 2020 - Xebec Welcomes Mr. Brian Levitt as Advisor to its Board of Directors

Bob commented on ...
Fears of another Chernobyl at new Russian nuclear plant