What Color Do Utility Leaders Wear? Look at the picture above. Who is winning the race? You might think it is the person in front.  Nope, not in this race.

The leader of the Tour de France is always the guy in the yellow jersey. The cyclist who has completed the previous stages of the race in the least amount of time is required to wear the yellow jersey. As you can imagine, this jersey is the most sought-after jersey in all of cycle racing.

The greatest bicycle race in the world is happening this month. Check it out. It is on television every day, nearly all day. It’s the big one—the Tour de France—and it consists of 21 stages over a 23-day period, covering 2,200 miles. It’s been happening for over 100 years.

In our house, it’s just called “The Tour.” My wife rolls her eyes every time I tune in because she knows that it will occupy a couple hours of my time each day throughout the entire month of July.

What Does Yellow Have to Do With Me?

Why yellow? The yellow jersey, or the maillot jaune in French, was first awarded in 1919 to make the race leader stand out, so everybody can see him, and the tradition still continues today.

Why Do They Watch and Listen to Yellow?

And that’s not all. They look at the face of the guy in the yellow jersey when he's climbing the highest peaks. They're looking at his eyes and his legs, and they're looking at how much sweat is coming off his body. His competitors are trying to figure out when they can make a move, and his teammates are watching for ways they can help him. They're all watching and assessing the guy in the yellow jersey, and they are all planning their next moves based on what he’s doing.

You see, he is leading them in more ways than just this race.

What Color Are You Wearing?

That’s exactly what is like to be a utility leader today. You’re the person in the yellow jersey. Everybody’s watching you: the people that work for you, the people that you work for, the people who work around you, your peers, your competitors and your customers.

“You are Always Wearing Yellow”

They are all watching you through each of your stages, too: when you arrive in the morning, when you talk on the phone or to your employees in the hallway, when you send that email, or go out in the plant or just walk through the office.

They're watching your face and your body language when you are under stress and when you’re not. They're listening to everything you say and don’t say. They’re watching what you eat, drink and do, and they’re watching whose company you keep while you are doing it. They carefully watch and listen to your teammates as well.

We all know that everybody is trying to figure out what you think and what you will do next. You are leading them all in more ways than you might think, and not only with your formal authority through the chain of command.

You’re the One with the Yellow Jersey

It doesn’t matter what color you pick today.  If you’re going to lead, “You are Always Wearing Yellow”

And if you want to lead, that’s you! So, put on that yellow jersey and be the leader you were picked to be.

How Do You Look in Yellow?

Are you worried about your visibility or the image you project at work?

If so,my new book, “Must Be Present To Win” can help you!

You won’t learn this concept in business school. You may not even learn it later in management training or executive development courses. Oddly, the one “it” factor in leadership—being present, fully invested in the moment—is rarely taught.

Add my new book to your summer reading list.  Available on Amazon.

The Oil and Gas Crisis is not a Market Problem. It’s a Leadership Problem

A number of O&G companies have finally realized there is no time to sit and wait. There's a pressing demand and increased commitment to change. We do have a huge opportunity to make a change. Let’s not waste it. Here four key areas to focus..

No Congratulations for My Mentor

My mentor retired, but I did not send him a congratulations card. 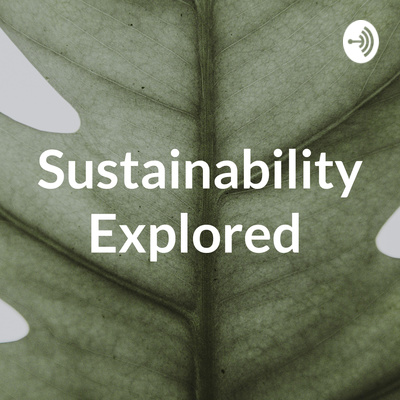 How and when did the first sustainability jobs appear? Are there enough sustainability professionals in the workforce now to tackle global challenges, including climate change? A look into the future of sustainability market, and how to make..

1-Page Leadership: Autonomic For The People

The industry will change more in the next decade than it has in the last century. Yet utilities are not set up for change -- by design -- and have cultures and processes that can be a century old. Unchangeable? Take a deep breath ...

The Oil and Gas Crisis is not a Market Problem. It’s a Leadership Problem

No Congratulations for My Mentor

1-Page Leadership: Autonomic For The People

Delia commented on ...
The Unintended Consequences of PURPA

We support fixes to PURPA that ensure utilities, including public power utilities, aren’t forced to buy power they don't need.

Experts caution it would be a huge political, technical, and bureaucratic feat, and it wouldn’t guarantee more clean energy or greater consumer power

Bob commented on ...
IN MIDDLETOWN, PENNSYLVANIA, THE BATTLE FOR ENERGY CHOICE GETS HYPERLOCAL

Robert, for seventy years electricity providers were effectively regulated by state public utility commissions, and the Securities and Exchange Com