Hi there, I am an energy professional with knowledge and experience in electricity power system. Wanna know more about me professionally. Take ut a moment to check my LinkedIn profile.Cheers :)

Time to Change the Rules of Electric Utility Business

Power utilities are designed to provide universal access of electricity by keeping them profitable for investors. Rapid changes in power industry, like distributed generation, transportation electrification, energy storage and others, has brought up many challenges to the traditional business models. Let us have a look how the marketplace is likely to evolve & map out the risks and opportunities for both utilities and policy makers.

Cost of Service (COS) model was devised by Samuel Insull in the late nineteenth century. This business model allows the utility provider to enjoy a fair and fixed rate of return on investment. Whether it’s regulatory environment or deregulated market structure the rate making is done in line with COS model most of the times.

COS rate making generally follows these principles. Under this model, the regulators allow the investor-owned and public utilities to recover revenue that matches their cost of providing services plus a rate of return as an incentive for taking risk of investment in capital. Generally, excessive revenues are returned to consumers via claw-back initiatives & are either rebated in future bills or are invested in non-utility public initiatives of social welfare. The revenue requirement is generally formulized as,

In this equation rate base plays a key role in determining the revenue requirements. Utilities drive their decision of investing in long term assets by keeping in view the type of capital intensive investment falls under the rate base.

Most of the times, the revenue requirement is determined based on a test year and then revisited during a rate case. Rate cases usually occur on the request of utilities when they invest in capital, so that their rate base is adjusted to match their capital expenditure. Between rate cases, cost trackers and rate riders are applied to adjust the changes in cost that are beyond the control of utilities like fuel cost adjustments and others.

Utilities cover their fix and variable costs through combinations of different charging mechanisms in the retail bills. Some of the commonly used methods of charging are:

The profitability for utilities in traditional COS business model is linked with increase in sales and continuous investment in capital. It has been effective model since its inception but the distributed generation and demand side management through energy efficient devices has disrupted the model.

Electricity demand is highly correlated to economic growth and macro-economic factors. Utilities serving a certain geographical area face this challenge as the demand growth is beyond the control of utilities and the load growth in these cases is generally negative.

One of the main player bringing down the load growth is energy efficiency. High energy efficiency standards particularly in lighting and other appliances has reduced the amount of energy sold by utilities resulting in shrinking utility revenues. IEA claims the overall reduction in global energy demand by 12% since 2000 because of energy efficient equipment.

Distributed generation is an onsite and small scale generation near to the consumer. It can be generated from solar to wind to hybrid electric vehicles. Consumers solar panels, as called PV, are a very common source of distributed generation. According to New York University all but 90% of distributed generation is currently being done by solar panels in USA. This increase in distributed generation impacts utility negatively. For instance, if a utility sold less MWh than it had expected due to an unforeseen switch to rooftop solar by some residents, its total revenues at the end of the year would be less than the revenue requirement. Consequently, said utility might request a rate case to address its revenue attrition by increasing customer rates. However, this rate increase might make rooftop solar more financially attractive to customers, further decreasing sales and necessitating additional rate increases. This cycle is known as the “utility death spiral”.

Energy storage is gaining popularity. Intensive commercial research is being done in this domain to get maximum out of renewable energy sources. In near future it is going to reshape the way grid operates. Power generated by renewable energy resources would be readily available for dispatch on demand. It may also insulate the consumption of electricity form the generation and it would not be necessary to consume electricity at the very time of its generation. Electrical Vehicles (EVs) can also be categorized as energy storage systems. Energy storage systems can be taken as a complementary product of DG and complicates the challenges face by utilities on technical & commercial fronts.

These transitions in electrical power system brings both opportunities and challenges that utilities must manage. For example, the high penetration of PVs threatens traditional business model while other developments open window of opportunity for utilities, like the rise of electric vehicles provides a chance to set up charging stations and increase revenues. Overall, utilities have to face serious challenges in future.

Rate making mechanisms are also needed to be revisited to avoid ‘death spiral’ situations and to shift the focus of utilities, in terms of revenue generation, from increase in sales to performance based incentives.

Rapid commercial acceptability of advance technologies and the challenge of climate change is forcing the utilities and regulators to change the rules of the games in order to meet diverse market needs. May be its time to bring agile approach in the future utility business models.

Thousands were paid to use extra renewable electricity on windy weekend

The extent of renewable energy’s disruption in the UK electricity market. As battery storage solutions mainstream, questions regarding battery performance continue to grow. For when it comes to batteries, no matter how large the size of the battery system, its the smallest battery components which play the most.. An upward trend for battery energy storage as both UK developers and Grid become increasingly confident in them. 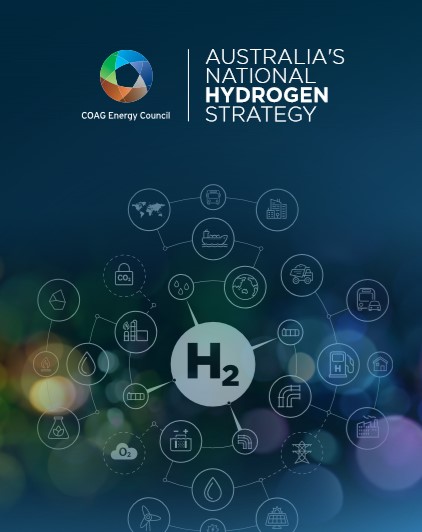 Thousands were paid to use extra renewable electricity on windy weekend