Thank you for reading the Energy News Network in 2019.

We published hundreds of stories this year on the nation’s clean energy transition. The following were some of our most-read of the year. 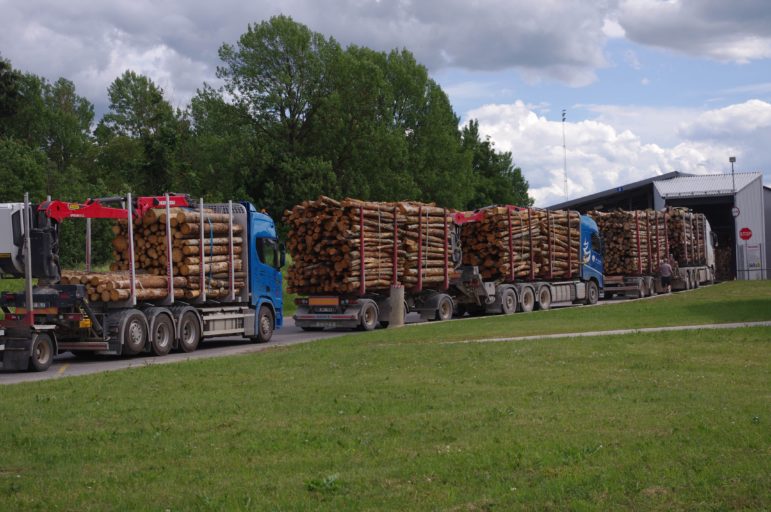 Trucks line up at a pellet mill in Estonia. (photo by Elizabeth Ouzts)

Wood pellet politics, from North Carolina to the United Kingdom

North Carolina emerged as an epicenter of the Southeast’s fight over wood pellets. Climate and forestry activists were encouraged by Gov. Roy Cooper’s comments and climate order. Reporter Elizabeth Ouzts traveled to Europe to write about the changing politics of wood pellets in the United Kingdom and Estonia, and explain why wood pellets are considered “carbon neutral” despite emitting more climate pollution than coal when burned. 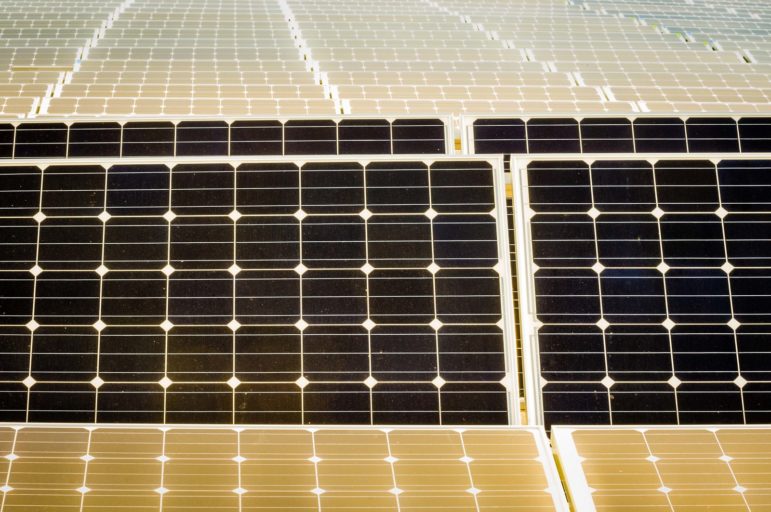 The shadowy fight against net metering

In Michigan, reporter Andy Balaskovitz detailed how nonprofit groups linked to DTE Energy waged a public campaign to reduce the amount of money customers are paid for the surplus solar power they generate. A similar story emerged in Iowa, where Karen Uhlenhuth reported on a group claiming to represent farmers, consumers and businesses that echoed the talking points of utility MidAmerican Energy. 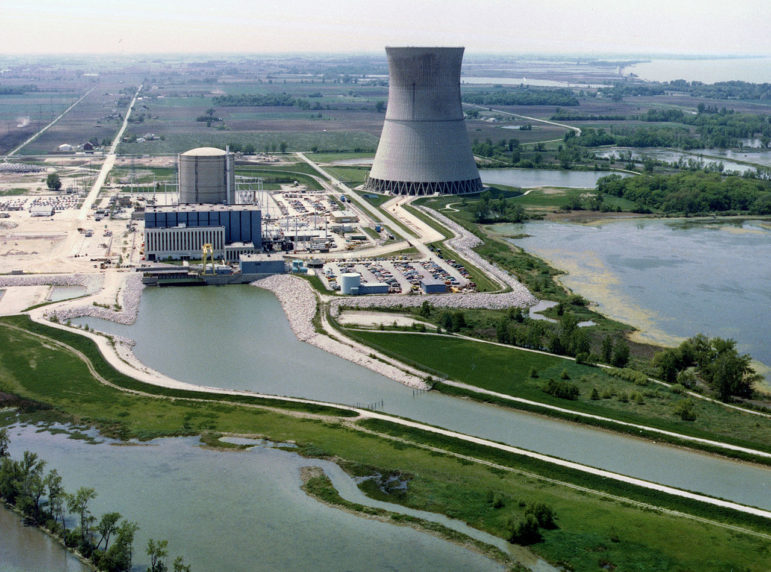 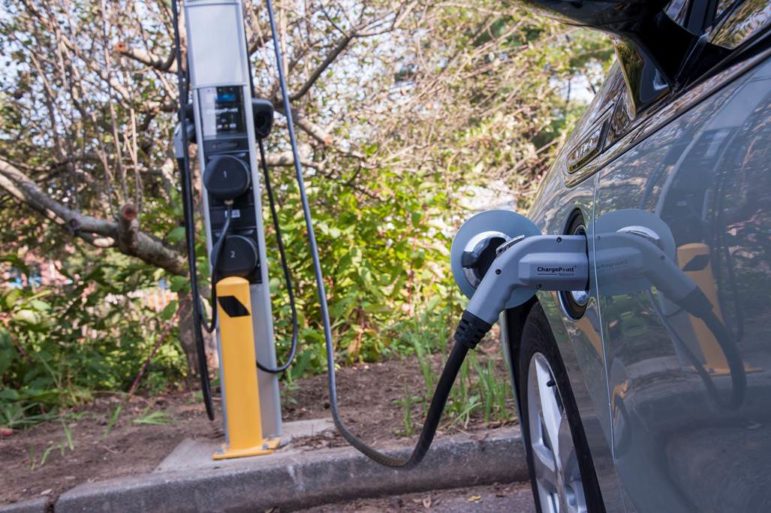 Across the country, states and utilities experimented with policies surrounding electric vehicle charging stations. Among the questions, as reported by David Thill: who should own them and how to manage their toll on the grid? State regulators in Iowa and North Carolina made notable decisions that made it easier for private businesses to sell electricity to electric car drivers. 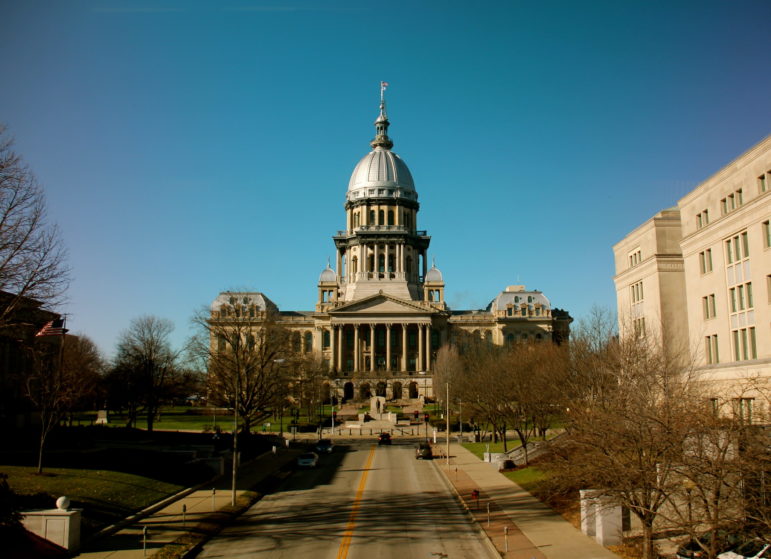 As implementation of Illinois’ 2016 Future Energy Jobs Acts winds down, clean energy stakeholders sought to pass another big bill to propel the next phase of renewable development in the state, Kari Lyderson reported. The Clean Energy Jobs Act aims to expand on and address shortcomings in FEJA, while the Path to 100 bill would set a goal of 40% renewables by 2030. Both were in question in the wake of a lobbying scandal involving utilities ComEd and Exelon. 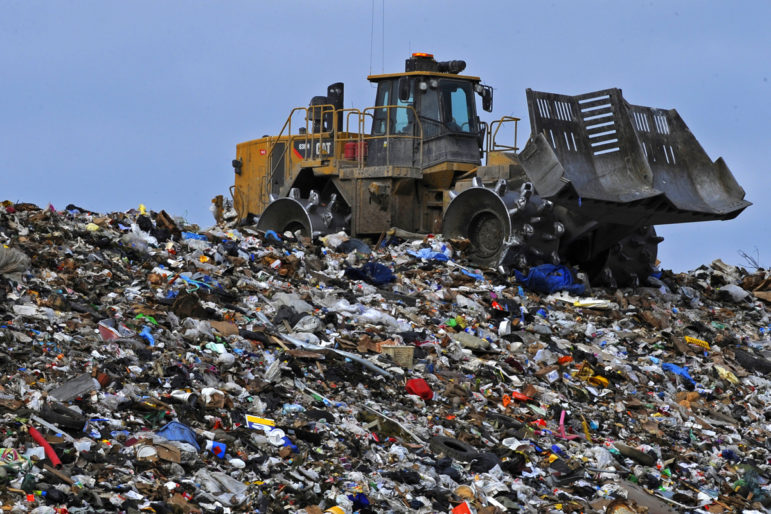 An excavator crushes trash at an Alaska landfill that provides methane to power a nearby Air Force base. (photo by Tech. Sgt. Brian Ferguson / U.S. Air Force)

What is the potential role for renewable natural gas?

Utilities sought new strategies to produce and sell biogas harvested from landfills, sewage plants, farms, and other sources, while electrification advocates dismissed its potential to make a significant dent in emissions. In Minnesota, Frank Jossi wrote about a proposal for a renewable natural gas credit tracking system, while Jonathan Mingle covered a Vermont utility’s effort to secure more local supply of the fuel. 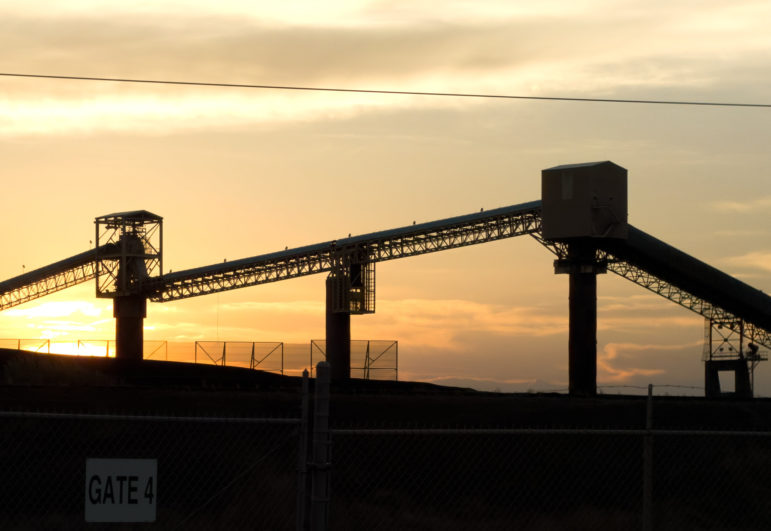 After Xcel Energy announced in late 2018 that it would eliminate carbon emissions by 2050, Colorado correspondent Allen Best covered conversations about how it will get there, how it should be regulated, and who should pay for the transition. Meanwhile, Tri-State Generation and Transmission signaled that the future of coal in the state looks increasingly grim. 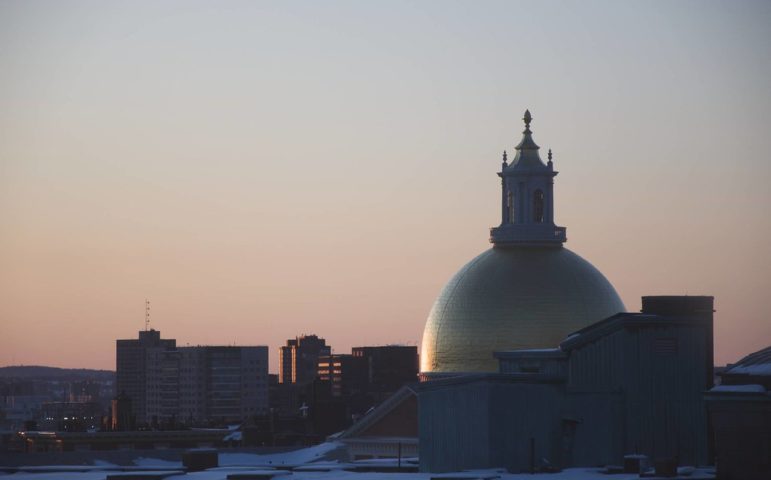 The dome of the Massachusetts State Capitol Building in Boston. (photo by Timothy Vollmer / Flickr)

State and local leaders in Massachusetts continued to debate aggressive clean energy policies in 2019, including proposals to require solar panels on new homes, implement a net-zero standard for new buildings, and include climate warning labels on gas pumps. Reporter Sarah Shemkus also traveled to Norway to see a potential blueprint for how Massachusetts further raise the bar on energy efficiency. 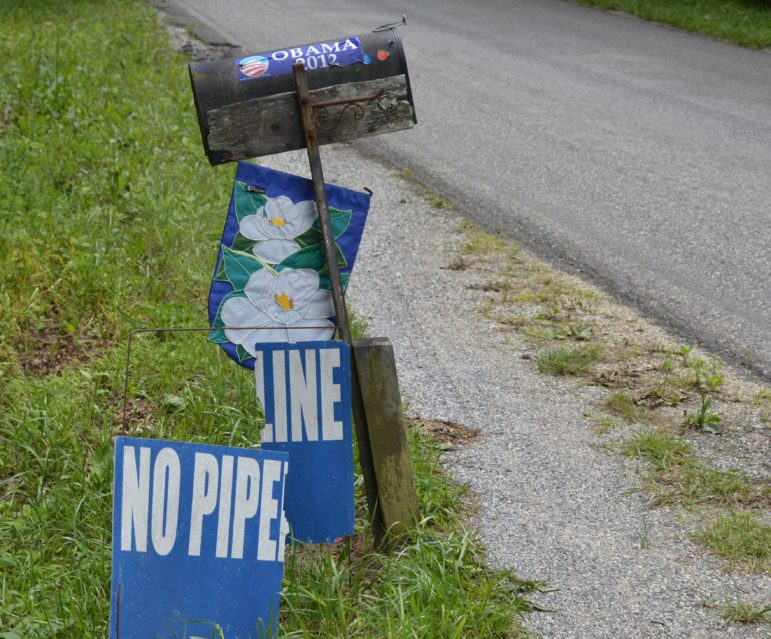 A broken “no pipeline” sign rests outside a home in Union Hill, where residents are divided over Dominion Energy’s plan to build a compressor station for the utility’s Atlantic Coast Pipeline. (photo by Elizabeth McGowan)

The Atlantic Coast Pipeline continued to inspire activists of all ages to fight the project, which is currently stalled due to legal challenges. In the wake of that divisive debate, Elizabeth McGowan shared the story of a Virginia nonprofit that sought to reunite a community (and re-power a horse barn) with solar energy. Meanwhile, state and local programs aimed to diversify the solar workforce and make solar more accessible to residents regardless of their income.