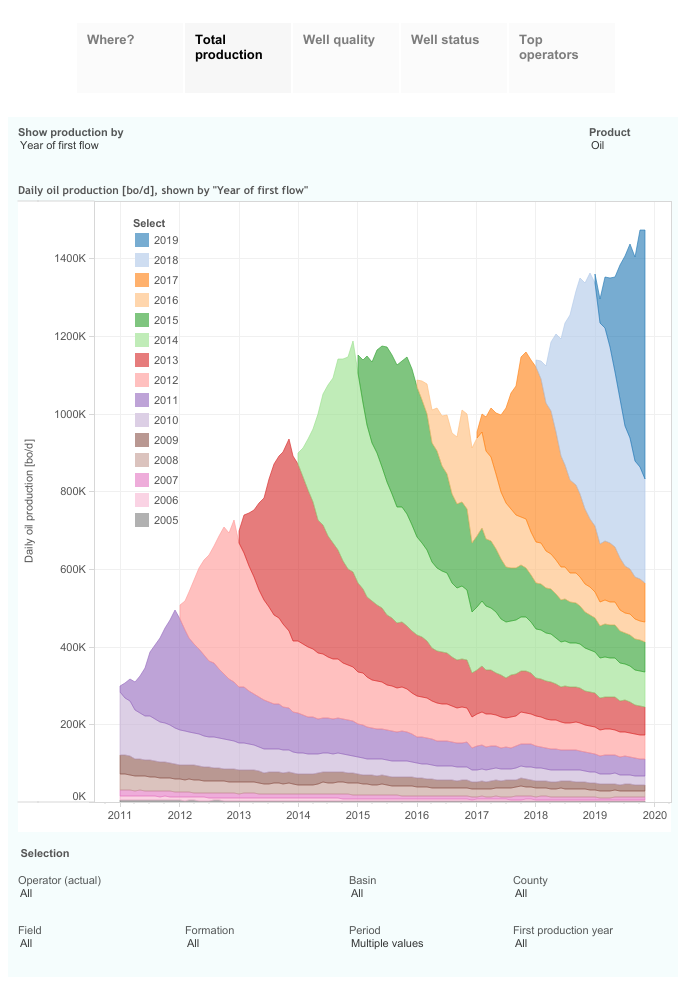 These interactive presentations contain the latest oil & gas production data from all 15,503 horizontal wells in North Dakota that started production from 2005 onward, through November.

North Dakota oil production was flat m-o-m in November, at 1.5 million bo/d, while natural gas production set a new record at over 3.1 Bcf/d. The horizontal rig count has stayed just over 50 during the past year. On average, each rig drilled almost 2 wells per month. In November, more than 1 million bo/d was produced from the 3.5 thousand wells that began production since 2017.

Well productivity is basically unchanged from last year, as you can find in the “Well quality” tab. Although initial production rates have steadily increased over the years, decline rates have as well. The 1,800 oil wells that began production in 2012, produced on average 220 bo/d in the first year and 110 bo/d in their second year, a 50% decline. In comparison, the 1,000 wells that came online in 2017 produced 440 bo/d and 180 bo/d in their first and second year, respectively, a 60% decline.

The drawdown of DUCs accelerated in the 4th quarter, which can be seen in the “Well status” overview, if you only select that status. Hess completed almost half of its DUC inventory in those months, which gave a significant boost in output, allowing it to take over Marathon and Whiting (see “Top operators”). 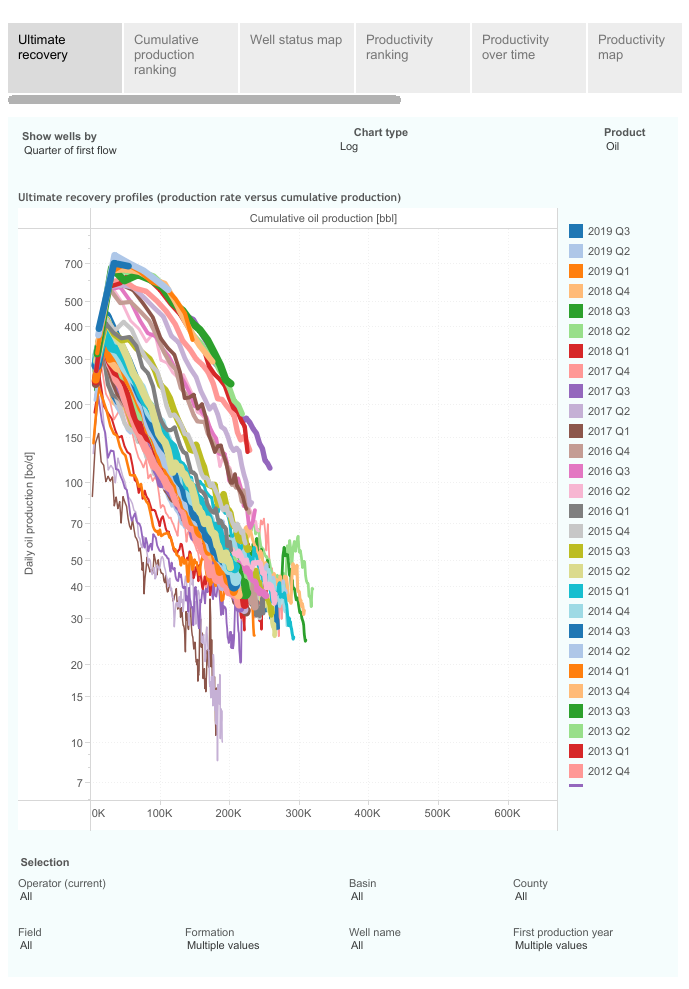 This “Ultimate recovery” overview shows how all these horizontal wells are heading towards their ultimate recovery, with wells grouped by the quarter in which production started.

The general picture is a little hard to see with so many curves. But if you click in the legend on the wells that began in “2017 Q3”, you will note that it appears that well productivity has stagnated ever since.

Not only is the gas/oil ratio going up (9th tab, “Gas oil ratio”), the water/oil ratio is as well (10th tab, “Water oil ratio”). The wells that started production since 2018 are now producing 1.2 barrels of water, for each barrel of oil produced.

The following screenshot, taken from our ShaleProfile Analytics service (Professional), shows how the DUC count has evolved over the past 5 years. The DUCs are colored by the year in which they were spud.

Almost 100 of the 700 DUCs in November were spud before 2018. The location of the current DUCs can be found on the map. In our analytics service, this dashboard is fully interactive, e.g. clicking on one year will highlight those wells on the map. You can also use this dashboard to quickly figure out who owns the most DUCs and where they are.

Early next week, we will have a post on gas production in Pennsylvania.

For these presentations, I used data gathered from the following sources:

Visit our blog to read the full post and use the interactive dashboards to gain more insight: https://bit.ly/36SwVhn 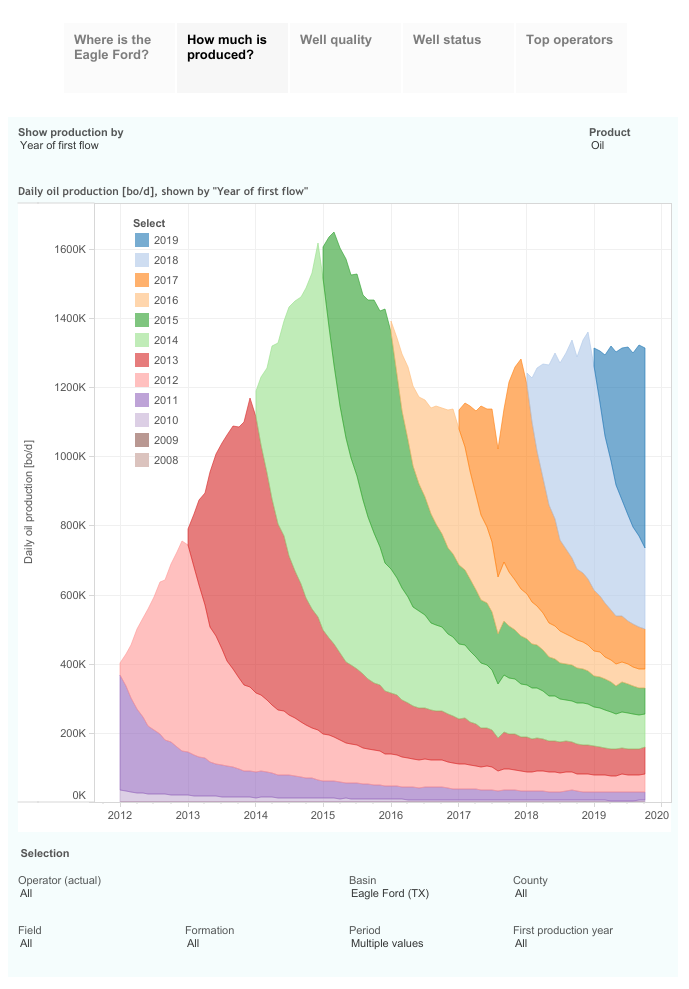 The power industry is facing rapid shifts driven largely by the inherent market challenges of integrating renewable energy into power grids. The additional and related challenges of distributed generation are quickly shifting the power landscape...

Given the knowledge-sharing that can be used in offshore drilling for offshore wind, seems like a logical move