By Jim Moxley and Roger Flanagan

At the start of the 21st century, the U.S. National Academy of Engineering chose large-scale electricity networks as the greatest engineering achievement of the previous 100 years.  Yet most of those same networks, for the first decade of the new century, were slow to adopt the information technology advances that were transforming many other sectors of today’s economy.

While that might seem like a missed opportunity in one sense, in another sense it is providing a different opportunity, one that some early technology adopters didn’t have.  That is the chance to incorporate cybersecurity solutions as an integral part of newly developed technology systems, rather than racing to protect existing systems that were deployed before the full extent and nature of the threats were known.

As smart grid technology implementation accelerates, and protecting the power grid from attack is becoming a national priority, the time is now to take advantage of the opportunity for fully integrating cybersecurity with smart grid technology deployment.  In fact, it’s already happening through government and industry cooperation.

The full spectrum of smart grid technology starts with power generation, encompasses the entire transmission and distribution infrastructure, and extends all the way down to customer meters.  The NOVEC project, completed recently with the help of a $5 million grant from the U.S. Department of Energy through the 2009 American Recovery and Reinvestment Act, focused on digital substation and distribution line technologies that are enabling more accurate equipment control, more reliable equipment operation, and much more timely and effective monitoring of critical equipment.

Taking full advantage of these technologies required NOVEC to build a communications network that connects elements of the system and supports real-time data exchange.  But technology networks come with a downside: they create potential points of entry for cyber attacks.  To address the issue of network vulnerability, NOVEC teamed with Lockheed Martin early in its planning process for the smart grid project.

Before NOVEC implemented its smart grid grant from the Department of Energy, Lockheed Martin performed a vulnerability assessment to test the utility’s approach to integrating smart grid devices.  It used its findings to establish a baseline and develop a cybersecurity plan that was incorporated into the proposal to DOE.

One of the basic principles of protecting utilities from network intrusions and attacks is segregating information technology from operational technology.  In the context of the power industry, IT systems are those that are commonly referred to as corporate networks.  They handle customer care and billing; geographical information management; financial management; engineering analysis; and several other similar corporate-level functions.

Operational technology systems, on the other hand, are those that control the power grid.  These supervisory control and data acquisition systems have become increasingly sophisticated in recent years as smart grid technologies have begun to proliferate across distribution networks.

Building a perimeter around the OT system was a key focus of the NOVEC cybersecurity plan.  Lockheed Martin implemented technology solutions that successfully maximized segregation between the utility’s IT and OT systems, eliminated Internet connections to OT networks, and enhanced network access controls.

Beyond implementing technology solutions, NOVEC and Lockheed Martin are working together to make cybersecurity awareness part of the culture at the utility — and beyond.  User awareness and training programs are being implemented to help employees recognize and respond appropriately to social engineering and phishing scams.

Based on the success of the NOVEC smart grid project, the utility and Lockheed Martin believe that robust cybersecurity can and must be implemented effectively and efficiently across the power grid as new smart technologies are put in operation.

In collaboration with U.S. Rep. Frank Wolf, NOVEC hosted a cybersecurity forum in September that drew participation from electric utilities throughout Virginia and Maryland.  Presenters at the conference included PJM, Dominion Virginia Power, the FBI, and Lockheed Martin. Furthermore, cybersecurity was a major part of the agenda at the executive level meeting of the Association of Large Distribution Cooperatives in Florida in October.

Although the application of advanced information technology in the utility industry has not come as quickly as it has in some other sectors, there is no doubt that the moment has arrived.  In the years ahead, smart grid technologies using common protocols will proliferate across the industry, bringing tremendous cost and energy savings, and greatly improving system reliability.

To ensure that these benefits are not undermined by vulnerability to cyber attack, the industry, in collaboration with government and cybersecurity partners, must tap the growing body of cybersecurity knowledge to protect their networks.  Electric utilities find themselves in the enviable position of being able to implement lessons learned from past cyber attacks, and they must take full advantage of it for the sake of their businesses, their customers, and national security.

Roger Flanagan, Ph. D., is director of energy solutions at Lockheed Martin. Based in Bethesda, Md., Lockheed Martin is a global security and aerospace company that is engaged in the research, design, development, manufacture, integration and sustainment of advanced technology systems, products and services.

Got a case study of interest to our readers? Contact Kathleen Wolf Davis at kdavis@energycentral.com with the details.

The DFA: A Promising Development for Grid Reliability

It seems like California wildfires make headlines every week. I’m exaggerating, of course, but they have been frequent and serious enough to firmly fix themselves into the late 2010’s American zeitgeist.

5 Big Trends in Utility Technology for 2020

With these technologies, utilities will have a wide range of options in the coming year to gain efficiencies, save money, better serve customers, protect the power infrastructure, improve and evolve, and continue to build the grid of the future.

Last Tuesday, the Senate Energy and Natural Resources Committee pushed through legislation that would invest $250 million  into our grid’s cyber defense systems from 2020-2024. The bill, dubbed the Protecting Resources on the Electric Grid with.. 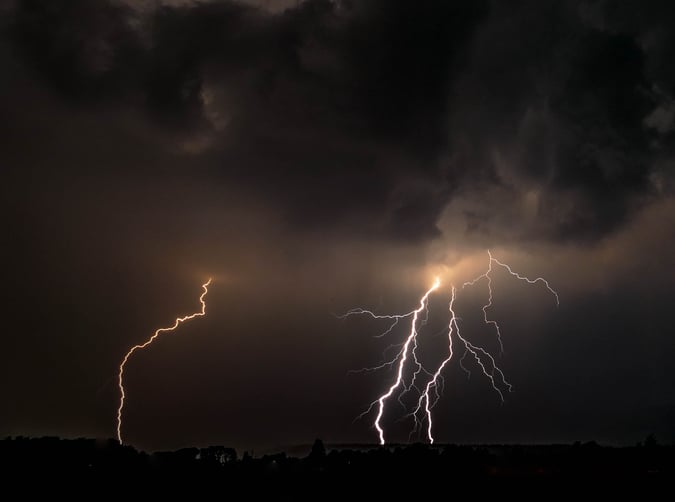 Home Batteries: An Opportunity for Resilience

Recent research conducted in the Northeast found that, of the 500 homeowners surveyed, only one in four had heard of a home battery. But the benefits in the wake of extreme weather events are hard to ignore.

The DFA: A Promising Development for Grid Reliability

5 Big Trends in Utility Technology for 2020

Home Batteries: An Opportunity for Resilience