Dan is the President of Wedgemere Group. Established in 2002, "http://www.wedgemere.com" Wedgemere is a DC-based consulting group with a focus on demand response and distributed energy and a...

Few among us have not been subject to a power outage in our home or place of business. The electric utility industry as it grew and expanded over the decades, did so almost entirely above ground via wires and poles. Not surprisingly, this type of system, or grid, has been subject to impacts from weather. The chief culprit has been wind, (especially when delivered via a hurricane) but heavy snow and ice have also wreaked havoc on the grid over the years as wires and poles gave way to the abnormal weight being placed upon them.

Weather has always just been part of the "normal" and something that had to be factored in to planning and operating as best as possible. Some steps were taken. Wires systems were hardened and improved in other ways, and weather forecasting got better over the years. Utilities also got better at storm response and restoration. Improvements were made to the mutual aid system - which meant that if you are subject to a storm, you may see someone from a utility a thousand miles away working to restore power to the street you live on.

The financial side of all of this was always challenging. Very large "once in a hundred years" projects sometimes made it into budgets but at very low levels (e.g. only a little bit of money had to be collected each year because there would be so many years before the big event would occur). But the bottom line is that most large weather events were not budgeted for by utilities. Thus, a utility would have to apply for cost recovery approval from their utility commission (or whatever their jurisdictional body was).

Beyond the dollar impact, Commissions and other bodies of local and state government also had to deal with electricity customer discontent, or even anger, at being without power for long periods of time. After all, electricity these days seems to come right after air and water on the list of life's essential things.

One of the obvious questions customers have always asked is "why don't you just bury the lines". But it was always too expensive a solution for utilities and regulators, no matter how simple an answer it seemed to be.

But storms and other weather events in the past were just part of the normal, and so everything was aligned accordingly as best it could be.

But I seem to be hearing a lot these days about a "new normal". You are too, right?

The statistics are clear, and they are verifying what the science community predicted. We are experiencing "extreme" weather events that are more frequent and more intense and in some cases longer in duration. They may also be occurring in different places than they used to (e.g. the infamous Tornado Alley has moved over a hundred miles eastward from where it used to).

But there are also new types of weather events that have to be planned for and dealt with.

One is increased coastal flooding. There are a lot of people that live close to the coast, not to mention a lot of utility infrastructure located there.

Others are heat and drought, and combinations of the two. As I write this, PG&E has filed for bankruptcy because it appears to be culpable of not operating its system appropriately given the dry, and fire-prone condition of part of its service territory. (one little-acknowledged fact of utility wires - the laws of physics make it harder for them to push electrons through during heat waves, they heat up and they can sag)

And one utility's coast may not be the same as another one's coast. It is important for state, local governments and utilities to look beyond the national averages of projected impacts. That is why the 4th National Climate Assessment that U.S. federal agencies released last November is important. It has separate sections and predictions for different regions that lays out predictions like this: The Northeast will have higher increases in temperature than the average increase for the country and do so at a faster than average pace.

So where are we headed and is the big question whether to tackle mitigation or adaption? Or is it to do both at the same time? And who pays when for what and why?

As for mitigation, it is hard to conceive of getting to a place where utilities are dinged for what they didn't do in past years. After all, it is tough to pursue one party for something that was done by multiple parties and/or done pursuant to previous regulatory approval. Or is it?

Are there utility or regulator decisions recently made or currently being made that can be said to be contrary to mitigation? What is to be made of the investments made based on those decisions in terms of paying for them as we go further into a carbon-centric world.

As for mitigation, it is not hard to conceive of a place where insufficient efforts become subject to criticism - or financial impact. When should adaptation have started and how fast should efforts be carried out? If adaptation efforts are judged as not having been pursued when they should have been, who pays for the impact of extreme weather events - customers? Shareholders? Somebody else?

I think we have entered uncharted waters faster than most of us thought. I also think that recent reports from scientists show that the speed of things may pick up soon. That means that there will be a "new normal" not only when it comes to weather, but a new normal for electric utilities and regulators as they are judged by new standards for what they have done and what they plan to do.

Paying the electricity bill is often said to be a "pocket-book" issue for many Americans. But utilities have their own pocketbook, and paying for the effects of extreme weather may very well hit that one.

Master on Adaptation and Mitigation solutions

Every year in October, the world celebrates the International Day for Disaster Risk Reduction, an awareness initiative that has contributed to a growing attention globally towards climate change adaptation... 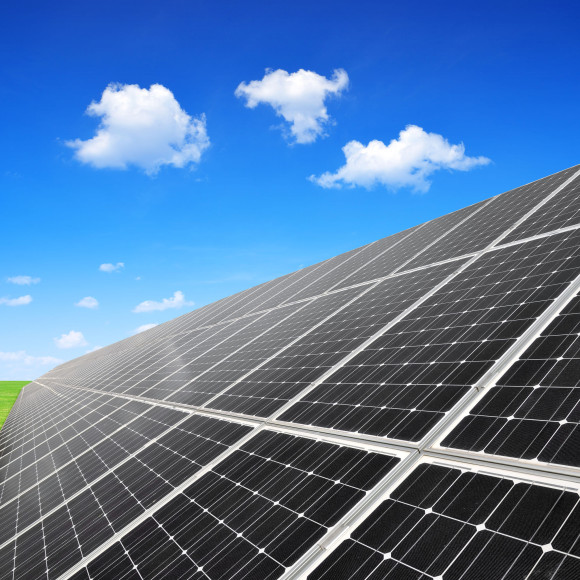 The energy needs in India are immense as the population surges and the economy industrializes, but the ambitious renewable energy goals are being hit with extreme weather events that are undermining the solar business that's still operating at..

Demand Response in the Wake of the Polar Vortex

After having suffered through brutal cold if the last week of January via the polar vortex, most places in the United States (at least for now) have returned to normal levels of cold for the winter.

Master on Adaptation and Mitigation solutions

Climate and Energy, Part 1: The Future, Rev b