Peter M. Hekman is a resident of San Diego, CA. He is an Independent Consultant to Industry in Science, Engineering, and Management matters. He is a graduate of the United States Naval Academy...

A storm with national implications is brewing in California I have spent most of my career working directly in Naval and Commercial nuclear power: From serving as Engineer of a Navy Prototype Plant, as Engineer Officer of the worlds first nuclear powered aircraft carrier - the USS Enterprise - to construction, testing, and command of a Nuclear Cruiser, to being in charge of supervision of all nuclear qualified Navy Yards. On the civilian side, I have served as the Department of Energys Senior Civilian Executive at Savannah River National Laboratory, and for six years as a member of the Nuclear Operations Committee of Commonwealth Edison of Illinois. I am passionate about the ability for nuclear power to safely and economically meet our countrys infrastructure power requirements.

All of us that share an interest in nuclear power need to keep an eye on the storm that is brewing in California over the California Public Utility Commissions (CPUC) upcoming decisions in 2014 concerning the now shuttered San Onofre Nuclear Generating Station (SONGS).  Why will the CPUCs decisions have national implications?

That question is best answered by one of the CPUCs own Commissioners. Recently, a CPUC Commissioner met with three groups of utility investors that together hold more than $3 trillion in assets. The Commissioner heard about investor nervousness given headlines out of California, including on SONGS and the San Bruno natural gas line explosion. Investors were concerned that California would return to its previous politically influenced anti-capital investment practices.  The Commissioner pointed out that if this happens, investors would demand an incremental risk premium for an extended period of time and that would cost ratepayers multiple billions of dollars in added expenses.

These billions of dollars would have a ripple effect from California, east across the country as investors recalibrate how rules are applied in California and how that could impact other states and even federal policy.

With nuclear plants on the East Coast, in the Midwest and in Florida now closed, and nuclear plants on the drawing boards being suspended, a serious look needs to be taken at the national investment in nuclear power and the state and federal regulations that govern this clean energy.  Ironically, the shutdown of SONGS has already impacted California, as greenhouse gas emissions are up with power plant releases rising 35 percent, according to a recent Bloomberg News article

The CPUC will have a chance in the New Year to either do the right thing or send a dangerous message with national implications.  In Californiaas in many other statesutilities are governed by a regulatory compact that guides a regulated entity in the investments it makes and the profits it can take. There exists a balance between the rates paid for electricity, the rate of return a California utility makes and the ability for a utility to raise capital to build new infrastructure to keep the lights on.

If the CPUC Commissioners decide to change the rules midstream what kind of certainty does that provide utilities in making these much needed investments? The members of the CPUC need to consider this question. And the CPUC needs to rely on precedent where there is a long recognized public record of decisions where utilities are allowed to recover their capital investments on facilities that were shut down earlier than planned.

Some have said that the rules should not apply in the case of SONGS since the owners installed faulty steam generators at the plant.  This claim is a misleading statement of actualities. First, the steam generators were covered by a warranty, backed up by one of the worlds top manufacturers of steam generators. These steam generators were not built by a second rate contractor. They were warrantied to work and they didnt.  Second, CPUC precedent covers all sorts of facilities that have been retired early for various reasons, including out of date or faulty equipment.

I had hoped SONGS would have been safely repaired and restarted, but regretfully, the decision was made to shutter the plant. Now, the debate turns to the CPUCs role in allowing a recovery of costs.  Their role will be watched nationally. And the way the CPUC rules will have implications not only for those of us here in California, but also for utility investment nationwide. 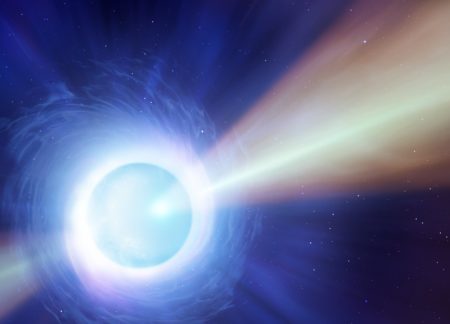 Is Fusion About to Deliver? A UK Article Points to Success by the Mid-2020s and Commercial Deployment by 2030

With these two British startups, Canada's General Fusion, and the existing work on Stellarator and ITER, we may just get the nuclear fusion reactor technology to finally work just when we need it most to transition away from fossil-fuel-based..

Maybe the Future of the Power Industry is with Plasma Jet Magneto Inertial Fusion (PJMIF)??

The United Kingdom government is confident that advancements in alternative energies have made nuclear fusion an inevitability. By Chazz Mair, DEC 21, 2019

Is Fusion About to Deliver? A UK Article Points to Success by the Mid-2020s and Commercial Deployment by 2030

Maybe the Future of the Power Industry is with Plasma Jet Magneto Inertial Fusion (PJMIF)??