Hi, my name is Gavin Mooney. Thanks for taking time out to read my profile. I am a Melbourne-based Solutions Advisor with SAP and help Utilities to simplify, innovate and run better with SAP... This is a continuation of the third and final part in my series of articles on hydrogen. It addresses several of the arguments against Australia developing a hydrogen economy based around exports.

1. What if Japan decides to generate its own clean energy?

That would be a problem. However, it’s not considered likely due to a lack of suitable sites. Japan has great geothermal potential, but in mostly mountainous sites. The best large-scale hydro sites have already been exploited. Onshore wind faces land use restrictions. So solar and offshore wind present the best opportunities. But the weather includes a rainy season and regular snowfall so isn’t great for solar.

So offshore wind is probably Japan’s best opportunity. But even then there are challenges. If we look beyond the lengthy environmental impact assessment process and other bureaucracy, there are engineering challenges such as frequent natural disasters and the depth of Japan’s seabed close to the shore. Add to that poor grid connectivity in remote areas, weak interconnection between Japan’s smaller grids, two different frequencies in use and no interconnectors to other countries and it’s easy to see why Japan is also looking to energy imports.

2. Is Japan serious about hydrogen?

Japan appears to be as serious as is possible about committing to hydrogen. It published its Basic Hydrogen Strategy in 2017, it is the global leader in realising a “Hydrogen-based society” and several demonstration projects are being led by Japanese companies or government-owned organisations.

In addition, the use of hydrogen enables Japan to achieve the “3E+S” goal, which is the basic energy policy of the Japanese government. Japan is planning to use the Tokyo 2020 Olympic and Paralympic Games to showcase Japan’s state of the art hydrogen technology by powering the Olympic village with hydrogen as well as the official buses and other vehicles.

3. Why Australia? What about competition?

Yes, there are certainly other countries (such as Qatar, Norway and the US) lining up to supply low carbon hydrogen to Japan, Korea and others. The good news is that there is plenty of demand to go around. For example, the modelling of Australia’s potential exports is based on Australia achieving a market share of around 20% of the Japanese and 10% of the South Korean imports.

They probably wouldn’t. However, CCS at scale remains unproven. And who can guarantee that all the stored carbon dioxide will remain underground forever? America’s flagship CCS project was abandoned after 11 years and $7.5 billion after failing to produce commercially viable technology. Even CEO of Murray Energy, Robert Murray, says CCS “does not work”.

5. Wouldn’t it be cheaper for Japan to produce their own hydrogen?

Notwithstanding that Japan doesn’t have great renewable energy potential and that there are questions over SMR at scale as already discussed above, let’s look at this from two angles:

First, let’s assume that Japan does generate its own renewable energy. The sites are challenging so it’s not that cheap, but it is produced locally so there are no shipping and handling costs that Australian hydrogen has to contend with. How much cheaper does Australian electricity have to be to make Australian hydrogen competitive with Japanese hydrogen?

The answer is A$40/MWh according to research from McKinsey summarised in the chart below. Even if Japan were to go down this path, it’s questionable whether it could generate enough energy to meet its needs.

Of course, if Japan could generate clean energy at a reasonable price that would probably undermine its whole Basic Hydrogen Strategy.

Second, what is the premium Japan is willing to pay for consuming clean hydrogen instead of the cheaper locally produced hydrogen from SMR without CCS? The answer, shown on the chart below, is about A$100 per tonne of carbon dioxide. That sounds like quite a lot, but Japan has made a commitment to its Paris agreement targets and needs to find a way to meet them. So brown hydrogen isn’t really an option.

6. Can exported hydrogen compete with LNG on cost?

What is the cost of LNG? The price that Australia’s export partners are paying is certainly not the spot price. This article suggests Japan currently pays around US$10/mmBTU and that figure is also backed up by Japan’s Hydrogen Strategy document.

Another way to arrive at a number is to take the value of Australian LNG exports, now said to be worth $50 billion a year. We know that the volume of exported LNG is about 70 Mt, which is equivalent to about 30 Mt of hydrogen. Dividing one by the other suggests countries are paying an equivalent of A$1.67/kg of hydrogen.

Interestingly, Japan’s document says that US$10/mmBTU is equivalent to ¥13.3/Nm3 which gives a higher number of A$2.16/kg of hydrogen at today’s exchange rates but the US$ <> ¥ exchange rate used in the document may have changed.

Either way, these numbers are a lot less than our A$4.61/kg predicted price in Japan for 2025.

However, given that the costs of electricity and electrolysers are expected to continue to fall, and there’s a good chance LNG prices will increase, it’s quite possible that delivered hydrogen prices will match or beat LNG export prices by 2050. Large scale solar today costs about 1/10th what it cost 10 years ago. Who would have forecast that within a decade? 2050 is three decades away. Where were wind and solar three decades ago?

Having said that, in other countries looking to their own hydrogen economies, if they do not have such cheap renewable energy and may have cheaper LNG, it’s quite possible that hydrogen prices will never match LNG without the establishment of a carbon price.

7. Is all this talk of a hydrogen economy just going to boost fossil fuel generation?

If, at some point in the future, CCS becomes viable at scale then blue hydrogen would be a realistic option but costs for green hydrogen will continue to fall and are expected to pass SMR + CCS by 2040.

It’s no secret that renewable energy is getting cheaper and cheaper. In addition, there are expected to be significant reductions in electrolyser costs. The chart below shows how electrolyser capex costs are expected to decrease up to 70% by 2030 and then continue to fall due to the industrialisation of large-scale electrolyser production.

As electrolyser costs continue to fall, at some point the cost of producing green hydrogen by electrolysis becomes cheaper than blue hydrogen from SMR + CCS (see chart below).

This point may not be too far away and given that coal fired power stations have a design lifespan of 40-50 years it is hard to imagine anyone funding new coal plant to make hydrogen.

8. So what is the biggest issue?

The biggest issue that has the potential to stop the hydrogen economy in its tracks is if demand for hydrogen doesn’t materialise. As mentioned at the start of the main article (and reiterated in Australia’s National Hydrogen Strategy released last month, graph below) there is a large range of forecast demand and that will have a huge bearing on the future size of a renewable hydrogen industry.

Range of possible hydrogen demand over the next three decades

Thanks to Godart van Gendt for providing the graphs from McKinsey.

Disclaimer: I’ve done my best to provide accurate calculations but humans are prone to error so I encourage anyone who finds any inconsistencies to let me know and I can update the article.

Wind Generation Surpassed Hydro in 2019 for the First Time 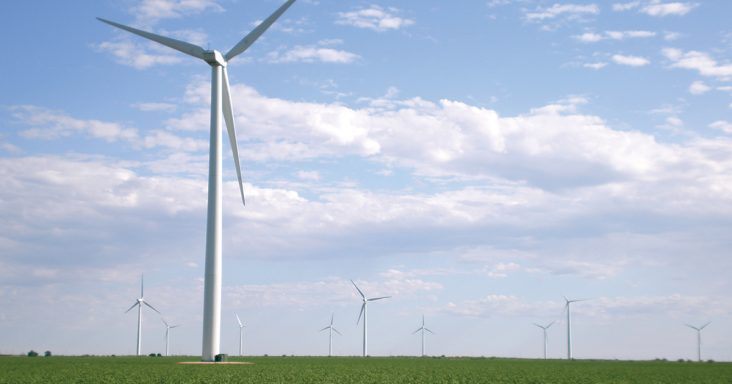 SWEPCO to spend $1.01 billion to add 810 megawatts of wind energy

Yep, That billion... with a B. According to the article, SWEPCO agreed to seek approval to retire the 650-megawatt coal-fired Dolet Hills Power Plant by the end of 2026. That capacity is planned to be replaced in by wind.

Nuclear energy was not very well accepted in Africa, because people had a lot of unfounded views associating nuclear with dangerous and the atomic bomb, also they had that misconception of African are not mature enough for a nuclear program and.. Wind Generation Surpassed Hydro in 2019 for the First Time

SWEPCO to spend $1.01 billion to add 810 megawatts of wind energy