Pat Remick, who focuses on national and regional clean energy, energy efficiency, and electric utility issues at NRDC, is a veteran journalist who has worked for media outlets ranging from...

Scaling Up Clean Energy Solutions in India and Worldwide

Energy experts from around the world are gathering to foster strategic partnerships and information exchange to advance energy efficient buildings during a major conference in Delhi next week. The conference, called “Augmenting Nature by Green Affordable New-Habitat” (ANGAN), is hosted by the Indian Ministry of Power’s Bureau of Energy Efficiency. The international conference is a flagship event focused on advancing energy efficiency in developing economies. NRDC and our team of experts are  honored to be part of the discussions to work towards a clean energy future.

As one of the largest greenhouse gas emitters and one of the largest economies in the world, India is essential to the success of the unprecedented effort to fight the climate crisis and advance energy efficiency. At the Paris climate talks in 2015, India made an ambitious climate pledge, including reducing its emissions intensity by 33 to 35 percent below 2005 levels and achieving 40 percent of its installed electricity capacity from non-fossil sources by 2030.

Nearly four years later, despite facing huge pressures of economic and social development, India has made strong progress on its climate targets. India is one of the few nations on track to meet its Paris targets. Energy efficiency as well as renewable energy are the focus of India’s climate goals.

But the world is facing climate challenges now. Extreme weather events around the world are increasing in intensity and frequency. Recent reports also show that the past five years have been the hottest ever in recorded history. The need to act on climate change and to build a clean energy future has never been more apparent or more urgent.

The sobering report by the Intergovernmental Panel on Climate Change released in October 2018 underscores the urgency to drastically reduce greenhouse gas emissions to keep global warming to 1.5 degrees Celsius above pre-industrial levels and save hundreds of millions of people from the devastating impacts of climate change. This report shows that energy efficient buildings are a key solution to solving climate change.

With rapid urbanization, India’s real estate market is growing exponentially. Residential and commercial buildings account for nearly 30% of total electricity consumption today. This share is expected to increase to 48%—nearly half of electricity consumption—by 2042. And before then, by 2025, nearly half of India’s population, an estimated 543 million people, will live in cities. India’s power demand is also projected to quadruple by 2050 due to economic growth, rising population and increasing air conditioning use, according to Bloomberg New Energy Finance.

So, while there is strong progress, a lot remains to be done. ANGAN aims promote building energy efficiency as part of the commitments made by the Government of India to meet its goals under the Nationally Determined Contributions as part of the Paris Agreement. To achieve India’s climate targets and advance energy efficiency, leadership and implementation at the state level is vital. NRDC and our partner the Administrative Staff College of India (ASCI) will be highlighting the role of state action and discussing efforts to scale energy efficiency across India. Together, we will be releasing a new report at the conference on scaling up energy efficiency at the state level to build a clean energy future.

NRDC Team of Experts at ANGAN 2019

Several NRDC experts and partners will be speaking at ANGAN on key issues, presenting solutions and strategies from NRDC’s years of experience in the United States, China, India and around the world.

The ANGAN conference aligns with the arch of events focused on solving the climate crisis, including the upcoming U.N. General Assembly and Climate Week meetings in New York, featuring Prime Minister Narendra Modi and other world leaders. NRDC looks forward to the conference next week and the Climate Week discussions later this month as well as working with partners to advance a clean energy future worldwide. 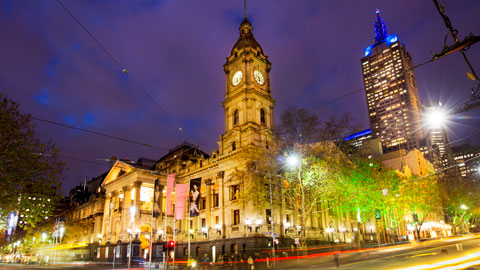 Let's see whether others follow this model towards Net Zero

What do you expect to be the economic burden, on average, of complying with these new limits?

Paul, why does Texas seem to be the default source of efforts to link energy consumption to environmental destruction?