In the six months since a consultant to the Edison Electric Institute wrote a paper describing “Disruptive Challenges: Financial Implications and Strategic Responses to a Changing Retail Electric Business,” many utility officials, analysts, investors and consultants have been mulling over how investor-owned electric utilities may have to change principally due to the growth of demand response and distributed energy, especially solar power.

At the center of the future of investor-owned utilities is this:  How will regulators decide what’s in the public’s interest if the public needs less of what electric utilities provide?  Are we looking at higher fixed charges for everybody connected to grid regardless of how much they use?

“The timing of such transformative changes is unclear,” wrote Peter Kind of Energy Infrastructure Advocates in his January 2013 paper for the Edison Electric Institute (EEI). “But with the potential for technological innovation becoming economically viable due to this confluence of forces, the industry and its stakeholders must proactively assess the impacts and alternatives available to address disruptive challenges in a timely manner.”

“While tariff restructuring can be used to mitigate lost revenues, the longer-term threat of fully exiting from the grid raises the potential for irreparable damages to revenues and growth prospects,” Kind stated. See illustration, right.

These and other questions are front-of-mind this week as the Association for Demand Response + Smart Grid convenes its 10th in a series of annual national town hall meetings in Washington DC on how demand response and the smart grid are remaking the power business.  It will be interesting to see how much — and how soon — industry leaders can help regulators adapt to these dynamics in the face of tacit, or overt, opposition from utilities preferring the status quo.

One of the more noteworthy developments since the EEI paper’s release is playing out this summer. A group of forward-thinking entrepreneurs and investor-owned utility holding companies have met at two invitation-only meetings. The first, held March 6, was hosted by MIT; the latter, June 18, was hosted by San Antonio-based CPS Energy, the largest municipally-owned electric and gas utility in the U.S, and the utility solar leader in Texas.

The meetings were under the auspices of the Advanced Energy Executive Forum, which was conceived in 2012 by venture capitalist Hemant Taneja, California hedge fund manager and clean energy activist Tom Steyer and Richard Lester of MIT’s Industrial Performance Center.  On a parallel path, MIT is studying strategies for accelerating the adoption of low-carbon power.

Together, Forum leaders hope the meetings and follow-on discussions will lead to a realistic options for reducing some of the regulatory and other obstacles inhibiting its vision for a “prosperous world that runs on secure, clean and affordable power.”

Attendees at one or both of the Forum meetings comprise a tell-tale list of organizations wanting to make its vision a reality. They include five investor-owned utilities:  NRG Energy, NextEra Energy Resources, Northeast Utilities, OGE Energy and PSEG Energy Holdings.

CPS energy CEO Doyle Beneby told energy analyst Chris Nelder in this excellent assessment of the Forum’s potential that it is integral know one’s customers and the regulatory regime to figure out what works in your state or region. For utilities whose business models haven’t been altered by power supply competition and thus carry a lot of influence at the regulatory commissions, they can likely stall a long time before demand response and solar power alternatives make substantive inroads.  So don’t look for real innovation from those camps anytime soon.

For consumers served by utilities with more open-minded regulators, the future holds lots of possibilities.

Beneby asserted distributed generation, demand response and even microgrids don’t necessarily have to cut into utilities’ existing revenue. But they do need to programmed and marketed a certain way, e.g. as a source of power.

Central to the challenge every regulator faces is how to allow renewables to compete more effectively while maintaining their mandate to set rules that ensure reliable and cost-effectively delivery.  THAT may be the holy grail of future utility regulation.

The CEO of Gridco Systems, Naimish Patel, observed that technology-driven solutions are becoming available to meet a variety of specific customer needs. To enable them in a regulated framework, he said, it will be necessary to “pare down certain regulations. Patel told Nelder that “well-placed and architected deregulation would help to unleash innovation.”

Which is why CPS Energy, and its municipally-owned neighbor to the north, Austin Energy, have made significant progress toward cleaner energy portfolios. The buck basically starts and stops with them.

“We need ideas and test beds,” Beneby said. “Utilities have to reach out beyond conservative, low-risk approaches and start trying things. We have to keep evolving.”

That may be easy for the head of a municipal utility to say. When an investor-owned utility, by contrast, has Wall Street analysts and shareholders to think about, the value proposition is much tougher to recast without progressive thinking at the commission and from key allies in their service territories.

How long tradition-bound utilities can rely on the status quo probably has several years to run.  The growing popularity and affordability of rooftop solar systems is beginning to have an impact. Come back later this month for a snapshot of how rooftops are becoming the new power struggle between utilities and their customers. The state recently became the first in the nation to adopt a new national standard for connecting to the electric grid. 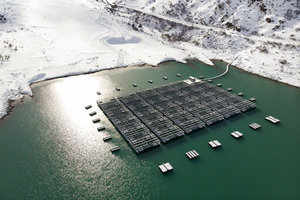 With India's ambitious goals for grid connected solar power capacity by the end of 2022, how will utilities cope with the increase and how will 3rd party vendors help monitor and dispatch this energy to areas of India's grid that need it the most? This was originally posted in the Energy Efficiency Group but should be of interest to members of The Energy Collective as well.