Virginia is Feeling the Heat From Climate Change

I am a Virginia native, born and raised in the home of one of the original 13 colonies and birthplace of American settlement. All throughout grade school I was taught the importance of Virginia’s rich history and how many of the original Presidents and lawmakers were also born and raised there. My peers and I also learned the significance of Virginia’s diverse geography; from the arches of the Appalachian Mountains in western Virginia, to the rolling piedmont, all the way down to the tidewater region and Chesapeake Bay watershed. Unlike many states, Virginia is truly unique in that it provides its residents the ability to experience so many different terrains and climates.

Syria, Virginia located in the rolling piedmont region in central Virginia and home to the Graves Mountain Apple Festival held every October (photo by K. Henderson)

A summer NRDC-coordinated hike along the Shenandoah river in the northwestern corner of Virginia boardering West Virignia. This is a popular hike for many Northern Virginia residents.  (Photo by K. Henderson)

Being from Northern Virginia in the suburbs right outside of Washington, D.C., I was also fortunate enough to experience the region’s fairly consistent climate throughout the seasons. Growing up the late 1980’s and 1990’s (as part of the millennial generation), I experienced what I considered a “normal” temperate climate: mildly-cold winters with three to four big snows per season, a mild spring with some rain and wind, muggy, warm summers with the nightly thunderstorm (rarely with temperatures hotter than 90 though) and colorful, crisp, cool autumns. Everything seemed to be in balance and it was rare that a massive storm or extreme weather event would come through and throw off the balance (with the exception of hurricanes Fran, Bonnie and Floyd which brought heavy rains, flooding and a lot of damage from the tidal basin area up to the Shenandoah Valley). These days, I’m sad to say extreme weather events hitting Virginia are no longer a rarity.

January 2011 in front of my parent’s home in Northern Virginia when a last minute “snowmageddon-type” storm hit the region hard leaving many people and cars stranded. (Photo by K. Henderson)

Hurricanes and storm surges now threaten Virginia’s coastal landscapes, historic landmarks, and properties more than ever before.  Five of Norfolk’s seven most severe storm surges of the past 80 years have occurred since 1998, and land subsidence and sea level rise will likely continue this trend.  Since 2000, the Federal Emergency Management Agency (FEMA) has declared Virginia a disaster or emergency zone 21 times; Hurricanes Isabel, Jeanne, Irene, and Sandy and numerous other tropical storms have caused severe damage to the state’s coast and economy.  Hurricanes and tropical storms are expected to cause an annual $1.539 billion of damages by 2020 and $70.879 billion by 2060.

And it’s not just the hurricanes and strong storms that are damaging Virginia’s economy, health and safety. Along with storms, come rising temperatures which bring higher threats of ground-level ozone and smog, aggravating respiratory illnesses like asthma.  In 2012, 128 counties suffered from ragweed pollution, and as of 2013, asthma sickened over 158,000 kids and 546,000 adults. When I was 16, I was diagnosed with exercise induced asthma which prevented me from heavily exerting myself when playing sports. I was frustrated and felt like there was nothing I could do other than take a puff off my inhaler when it was hard to breathe.

Further, the warmer temperature distribution will increase the prevalence of disease-carrying insects like mosquitos and ticks and cause Lyme disease to spread across the state. Health-related expenditures currently make up 30 percent of Virginia’s budget, and climate change-induced health risks can increase this burden. Heat itself is also a serious threat; in a two-week period in July, 2012 following storms and power outages, 32 heat-related deaths were reported to the Center for Disease Control and Prevention (CDC), including twelve deaths in Virginia.  The same two-week period between 1999 and 2009 saw an average of eight reported heat-related deaths.  Extreme heat waves, along with intensifying storms, are definitely threatening Virginians’ health and safety- something I have witnessed firsthand after moving home to Virginia in 2010 after living in North Carolina for four years.

The following Virginia statistics are pretty eye opening: 2012 brought 32 broken heat records, 8 broken snow records, 20 broken precipitation records, and 17 large wildfires.  Warming has accelerated in the state over the last 50 years, and precipitation rates have grown increasingly erratic. Extreme projections of sea level rise over the next century are as high as 7.4 feet, enough to inundate Historic Jamestown Island and destroy 80 to 90% of Chincoteague beach! We CANNOT let Jamestown, one of the most historic, preserved sites in the country, go underwater. I think everyone would agree that there is too much cultural history to lose there. And no, building a seawall or placing sandbags around the area is not a long-term, sustainable cure for the problem.

Virginia is my home and home to over eight million other people. As seen, broken heat records, extreme weather events and health issues caused by a changing climate are not something we can afford to continue to let happen. The challenges we face are substantial, similar to other states dealing with the same detrimental effects of too much carbon pollution in the atmosphere. The next step is to tackle that carbon pollution, and mitigation programs are Virginia’s best chance to avoid the severe projected risks of climate change.  The June 2013 analysis “Less Carbon, More Jobs, Lower Bills,” reveals that NRDC’s proposal to cut carbon pollution would create 1,100 Virginia jobs by 2016 and over 5,000 jobs by 2020.  Monthly utility bills would decrease by $1.93 by 2016 and fall by $4.35 by 2020. This seems like a great solution to get Virginians’ energy bills lowered, more jobs created and our air cleaned up all while protecting the state’s beaches, addressing public health concerns, and improving water supply and agriculture performance. Let’s keep Virginia a state for lovers- of clean air, healthy families and a prosperous economy.

The view from a winery in Winchester, Virginia during the fall of 2011. Virignia is known for its wine country and rolling hills in the piedmont region. (Photo by K. Henderson)

Thank you to Kerry Nix for her excellent research work to provide some of the statistics and facts for this blog.

Do Americans have a fundamental right to a habitable environment? Opinions vary. According to one appellate court judge, the government bluntly insists in the youth climate lawsuit it has the absolute and unreviewable power to destroy the Nation... 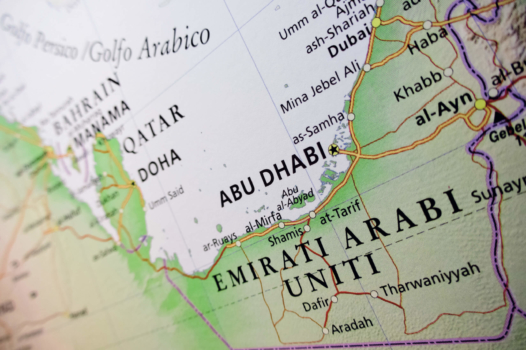 Progress for hydrogen in Canada