According to the study, advanced nuclear companies are forecasting cost targets at nearly half the cost of conventional nuclear plants, dramatically improving the value proposition of nuclear energy and presenting a highly cost‐competitive alternative to other baseload options.

The peer reviewed study, undertaken by the Energy Innovation Reform Project (EIRP), with data collection and analysis conducted by the Energy Options network (EON) on its behalf, compiled extensive data from eight advanced nuclear companies that are actively pursuing commercialization of plants at least 250 MW in size.  Full Text of the study (PDF file) here

The anonymized findings signal a potential end to the economic downsides of nuclear energy. In fact, at the lower end of the potential cost range, these plants could present the lowest cost generation options available.

“This study signals the potential for a new chapter in the role of nuclear to address the global demand for economic energy solutions,” said Jeff Merrifield, Partner at Pillsbury Winthrop Shaw Pittman LLP and former commissioner, U.S. Nuclear Regulatory Commission.

“At these costs, nuclear would be effectively competitive with any other option for power generation. At the same time, this could enable a significant expansion of the nuclear footprint to the parts of the world that need clean energy the most—and can least afford to pay high price premiums for it.”

The study found several common cost‐reduction strategies that the surveyed companies are pursuing to achieve these drastically reduced cost projections, including:

“Most advanced reactor companies have raised only a fraction of the capital necessary for commercial demonstration of their designs. This study should help dispel common misconceptions on costs and help clarify how this industry intends to compete going forward.”

Advanced nuclear technologies are controversial. Many people believe they could be a panacea for the world’s energy problems, while others claim that they are still decades away from reality and much more complicated and costly than conventional nuclear technologies.

Resolving this debate requires an accurate and current understanding of the increasing movement of technology development out of national nuclear laboratories and into private industry. Because the work of the private companies covered in the study is proprietary, they have relatively little incentive to make information public, and the absence of credible information about these technologies and their potential costs gives credence to the claims of nuclear skeptics.

Advanced nuclear technologies represent a dramatic evolution from conventional reactors in terms of safety and nonproliferation, and the cost estimates from some advanced reactor companies—if accurate—suggest that these technologies could revolutionize the way we think about the cost, availability, and environmental consequences of energy generation.

Skepticism about the cost of future nuclear technologies is understandably high, given the infamously unmet promise of energy “too cheap to meter.”

Assessing the claims of technology developers on a standardized basis, as much as possible, is vitally important for any fact-based discussion about the future cost of nuclear. Previous work by the Energy Options Network (EON) found that each company had its own approach to estimating plant costs, making true “applesto-apples” comparisons with conventional pressurized water reactors (PWRs) impossible.

This study was designed to address that deficiency. Comparing the cost of future nuclear technologies to current designs (or other generation technologies) requires capturing cost data for advanced nuclear plants in a standardized, comprehensive manner.

Using the plant cost accounting framework developed by the Generation IV International Forum, EON created a cost model for this study that includes all potential cost categories for an nthof-a-kind (NOAK) nuclear plant. It includes default values for each cost category (based on previous cost studies conducted at national laboratories), and provides capability for companies to incorporate new business models and delivery strategies.

Using this model, EON worked with leading advanced reactor companies to obtain reliable, standardized cost projections for their NOAK plants. Advanced nuclear companies that are actively pursuing commercialization of plants at least 250 MW in size were invited to join this study; the eight that were able to participate are listed in table 1 (above). The intent was to focus on reactor and plant sizes that could have a significant role in utility-scale power generation. 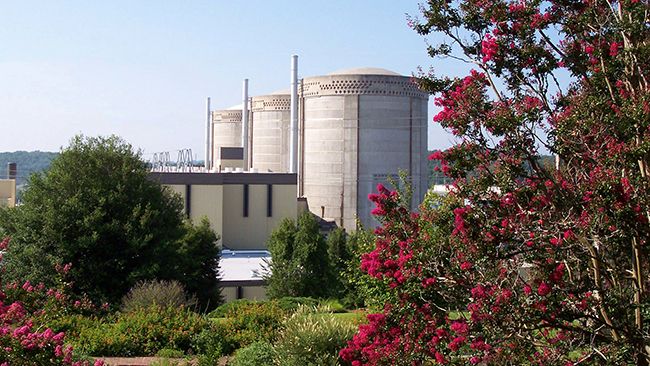 Duke Energy will apply for 20-year license renewals for all six of its nuclear power plants in the Carolinas, potentially extending their working lives to eight decades.The announcement Thursday followed Duke’s pledge earlier this week to cut its..

How Can I Choose My Electricity? Options that Make a Difference Personally and Nationally

This is a comprehensive look at the increasing ability for consumers to choose their electric providers, coming at the topic from a variety of issues. Utility PR departments could learn a bit as it relates to the importance of providing lots of..

How Can I Choose My Electricity? Options that Make a Difference Personally and Nationally