Spear Phishing Campaigns Against US Utilities - Are You the Vulnerability? Photo by Pankaj Patel on Unsplash

On the radar since April of this year, spear-phishing campaigns are targeting U.S. Utility companies in waves. The first wave was identified between July 19th and 25th, however, it has been now discovered it started as early as April. The second wave of malicious emails was identified to have occurred between August 21st and 29th of last month. With as many as 17 U.S. Utility companies confirmed as the targets of these malicious campaigns.

Unlike phishing, where the malicious actor sends out spoof emails where they pretend to be an organization that most users would trust, such as a bank institution, major shopping company, etc. Phisher’s hope one or several out of the many recipients will fall for the facade and click the link or download the malicious packet.

Spear-phishing is a bit more sinister and less spray and pray. Where the entire act requires more effort, calculation, and research. A spear-phisher will gather and obtain as much personal information about the target as possible. In most cases, this includes the targets family, friends, colleagues, company and aligned organizations.

The goal of the spear-phisher is to influence the target to click a link or download malicious content such as an email attachment at a specific location. Whereby implementing social engineering techniques and utilizing the targets personal information the target will reactively respond and unbeknownst to them, welcome the attack.

Think you can’t be a target, think again.

For many internet users, the idea of being a target of a cyberattack may seem foreign and less likely. Unfortunately, SPAM filters are just a frail layer of minor protection. The developed user comfort and heavy reliance on firewalls and SPAM filters, as well as other minor security layers, maximizes security vulnerabilities to you, your family, friends, colleagues, and your organization.

One of the best ways to protect yourself and your organization from these attacks is to understand the tactics of a malicious actor and understand what they are after. Information!

In this example, we will use the pseudonym “John Doe” as the “mark” and our way into our actual “target,” his organization. In this exercise, we will go through the thought process as if we were a spear-phisher in order to gain a full picture of our own vulnerabilities, that way we can protect ourselves, people we are close to as well as our organizations from future spear phishing attacks.

How does a Spear-Phisher gather information?

Mimicking a spear-phisher: We see a news article about a company of interest on our news feed, it mentions a few names of those affiliated with said company.

Looks like John Doe, uses his name across Facebook and LinkedIn as well as seems to enjoy political arguments where he leaves his Facebook profile public to engage.

John’s “About Section” shows that he is the father of Jane and Joe and graduated in 1990 from ‘Mark State University.’

Looking at John’s kid’s profiles we see Joe has a varsity football game coming up at his high school next week and Jane has a crush on someone in her 10th-grade chemistry class.

John’s wife, Jill is a realtor for the same neighborhood in which the children’s high school is. Her profile is public as well and can be assumed as one of her main communication methods to connect with clients easily.

Now we know the high school from Joe and Janes pictures, the realtor information from John’s wife, a few of her clients and we can assume that John lives nearby as it is also within 20 miles from our main “target”, John’s company.

As pretend “spear phisher’s” let’s review what information we have already gathered:

Now with this information, there are a bunch of things we could do but let’s take it a step further by entering John’s full name and location into the search bar.

With the above information, a malicious actor can create an email or phone call that could invoke fear, influencing John to panic, responding with more information or in the case of an email select the link or open an attachment, infecting his personal computer or company servers.

NOTE: In social engineering, this is a psychological tactic that invokes alarm and urgency and like the mechanics of propaganda urges the target to impulsively react deciding based on emotion, overriding logic.

Why is it important that we know how a malicious actor gathers information?

The above example is just one of the many ways a malicious actor can gather information, however, it is important for you to know this mindset because it highlights how anyone of us can be a target and what we can do about it, for example:

The above-scenario highlights why organizations are especially more vulnerable. Most of their information is public and each employee can be viewed as an access point to a hacker. Not to mention, if the company is advertising job openings where a hacker could easily send an email with an attachment labeled “resume.doc.” In most cases, many malicious actors only have to dive in as far as a website’s partner page or search press releases to find a way to penetrate the targeted company, as they attempted just recently this year.

How was spear-phishing used to attack U.S. Utility entities?

Unlike in the scenario above, July this year, the bad actors created a false website to impersonate a U.S. engineering license board with emails designed to align with the actor-controlled website as well as utilized the actual logo of the company they were impersonating.

The emails contained malicious macros embedded in a Microsoft Word attachment that when opened installs and runs malware. This malware consists of a remote access Trojan or RAT module and a proxy mechanism used for command and control communication. This means upon system infection a remote unauthorized user can gain system control.

In this case, the actors sent fraudulent emails stating that the utility companies failed an examination with the attached document labeled, “Result Notice.doc.”

Then in August, malicious actors used similar tactics however in this instance, the hackers claimed to be a licensing body related to the utility sector. Utilizing a similar web address mimicking the known utility affiliate and its legitimate logo, copied from its website. However, in these emails, they attached an MS Word document labeled “take the exam now.doc.” as well as a manual in PDF format adopted from the legitimate site. Showing that the culprits are increasing their sophistication concerning social engineering as well as information gathering and enhancing their malicious efforts.

Although previous cyberattacks have yet to cause a major blackout to U.S. Utility entities we are certain that the critical infrastructure providers are a major target for these malicious actors. Where hackers targeting the energy sector is a constant threat, putting utilities “at the forefront of the new cyber battlefield,” Jason Haward-Grau, the chief information security officer at cybersecurity firm PAS Global. With the recent news of malicious actors’ persistence via spear-phishing attempts, the purpose of these attacks was to infect employees at U.S. utility companies with the LookBack RAT. Whereas, it’s imperative that we stay vigilant and proactive in preventing this sort of infiltration.

How to protect an organization from spear-phishing cyberattacks?

In the above instances, the affiliated researchers told Threatpost that the malicious emails were blocked before they could infect the unnamed utility companies. Even though the emails were blocked we can assume that the attacks will become more advanced and persistent.

To further protect your company, it is advised:

Furthermore, the sooner your IT and OT technology managers become aware of the presence of any suspicious cyber activity such as spear-phishing attempts, malicious applications or packets, suspicious system activity, the sooner the attack can be halted, addressed, then communicated the cyberthreat to other critical infrastructure providers, who also may be a target.

In order to identify, prevent, assess, recover, and protect our entities and grids from any and all unauthorized cyber infiltration, it is imperative that cybersecurity is constantly communicated across all departments, teams as well as between entities.

Last Tuesday, the Senate Energy and Natural Resources Committee pushed through legislation that would invest $250 million  into our grid’s cyber defense systems from 2020-2024. The bill, dubbed the Protecting Resources on the Electric Grid with.. 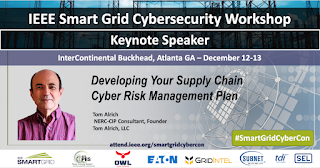 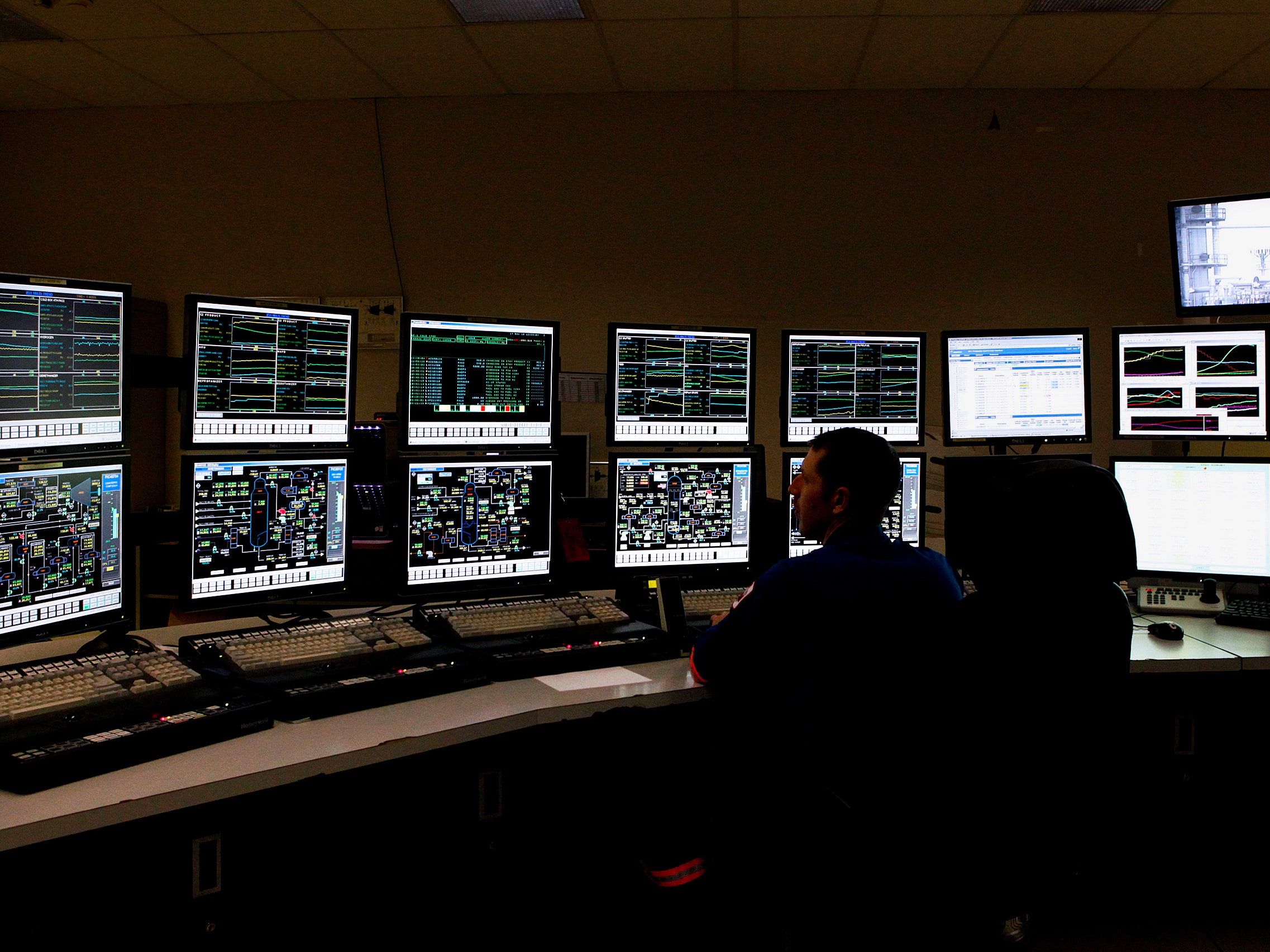 This statement from John Hultquist, director of intelligence analysis at security firm FireEye, is noteworthy: “The Iranian cyberthreat is a clear and present danger to critical infrastructure operators, especially given the state of affairs..

This move by FERC demonstrates that protection of the Electric grid requires more focused and dedicated oversight/engagement in order to provide industry with the help it needs to fight the aggressive attacks aimed at knocking out power to..