Shale Boom: Impacts in the U.S. and Beyond

The unconventional oil and gas boom has shaken up energy markets in the U.S. and beyond. Across many American states, the energy sector is experiencing a number of changes far larger than in its history including improvements in policies, business models, technologies, and investment options to make energy cleaner, more plentiful and diversified, cheaper to store and capable of handling increased demand more intelligently. Technological advances have significantly enhanced production of oil and gas from shale, turning the U.S. into a major oil producer, with most of the new production coming from unconventional sources.

The U.S. Bureau of Labor Statistics estimates a drop in the producer price index for natural gas of nearly 57% between 2007 and 2012 because of increased supply from unconventional oil and gas sources.[1] Unlike other countries with abundant shale resource potential in Europe, Asia and Latin America, the U.S. enjoys some big advantages, such as solid financial foundation for risky projects, open access, a well-developed supply chain built upon many years of serving communities and rewarding shareholders. This is allowing sufficiently robust domestic supplies to meet even significant growth in demand across major sectors of the economy for example transportation, electric power generation, and manufacturing. The U.S. Energy Information Administration (EIA) estimates the growth in natural gas in the U.S. will increase by an average of 1.6% annually between 2012 and 2040.[2] This is more than double EIA’s projected 0.8% annual growth rate in consumption over the same period.

Yet the long-term trend in shale boom is clear. The projection by EIA points to a continuing supply growth for oil and gas out of the shale regions in the U.S., with composition of shale energy expected to reach 56% of total production by 2040.[3]

Because of the big shifts in production now underway, the industry is continuing to attract more domestic and foreign private investment, which is introducing strong competition in a sector that only a decade ago was deemed obsolete and high cost. A declining trend in U.S. power generation emissions attributed to fuel switching from coal-fired power plants to natural gas systems provides conditions, economic and environmental, that enable electric utilities to improve their operations because shale can come online and offline more quickly. This enhances the capacities of utilities to implement demand-side management strategies more effectively.

1. Since 2007, annual production of shale gas in the U.S. has increased by nearly 51% and technically recoverable reserves have grown five-fold, according to EIA.[5] In particular, increased drilling in the Marcellus Shale has stimulated economic growth in places like Pennsylvania, traditionally a coal-producing state. At the same time, hydraulic fracturing (“fracking”) and horizontal drilling have caused concerns about their impact on the environment.

2. The EIA predicts that liquefied natural gas (LNG), as a share of U.S. natural gas consumption will grow to 12.4% by 2030 from current levels of around 3%. As energy consumption in general has grown, so has the demand for natural gas. Investment in new LNG gasification terminals will continue to become attractive because of the rising shale boom, flexible contracting arrangements, and falling liquefaction and shipping costs making LNG shipments more responsive to natural gas prices.

3. Promising oil “plays” (i.e. a commercially exploited energy deposit) in the Niobrara in Northern Colorado and parts of Kansas, Nebraska and Wyoming have revived big local economic gains. Introduction of advanced technologies in oil and gas extraction has led to significant rise in production in the Barnett Shale in Texas since 2003.[6] Drilling has also expanded in other areas, such as the Haynesville and Fayetteville shale plays in Texas, Arkansas, and Louisiana.

4. For now, rising U.S. shale supply is exerting pressure on global energy markets, pushing oil and gas prices to record lows. The upside of the falling oil prices is that it provides the U.S. with a unique opportunity to reform its energy policy towards a path of low-carbon future our society so clearly needs. Globally, more effective management of supply and demand is required to catalyze further investments and competition in energy markets, especially in Asia, Europe, and parts of Africa.

So far, the expansion in production points to continued market stability and economic gains in the long term. Domestically, more U.S. output will likely shield the country from frequent price spikes and seasonal price volatility. In the short term, a shortage of skilled engineers, seismologists, geologists and other experts may hamper production though, forcing energy companies to increase specialized training in oil and gas operations.

Over the long-term, that expertise may be exported to other countries, providing positive balance of trade benefits to the U.S. Even so, the decision by OPEC not to cut back on its production quota in November 2014 in an attempt to prop up oil prices has exerted pressure on non-OPEC producers especially the U.S. and Canada to reduce their production. But this has not stopped oil-prices from tumbling to fresh lows (settling below $50 a barrel) and forcing Goldman Sachs and Société Générale to sharply reduce their oil-price forecasts.[7]

However, increased production may not keep oil and gas prices down in the long-term as a prolonged price slump could tighten profit margins forcing energy companies to cut or delay investment projects. Escalating conflicts of attrition among top oil-producing nations are also possible as countries scramble for new energy markets. The resultant price rout, if that happens, would weigh on other markets and sectors devaluing currencies exposed to oil exports as well as intensifying risks to oil-dedicated sovereign wealth funds. 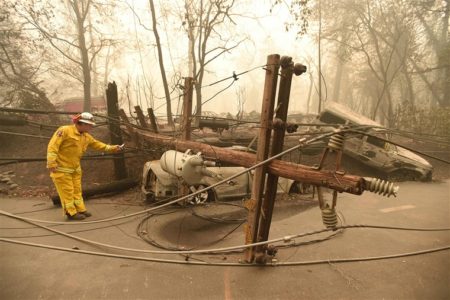 A hedge fund founded in the United Kingdom, The Children’s Investment Fund (TCI) has given publicly traded companies a directive: to disclose climate change-related risks. TCI wants to know the carbon footprint of publicly traded equities, and.. 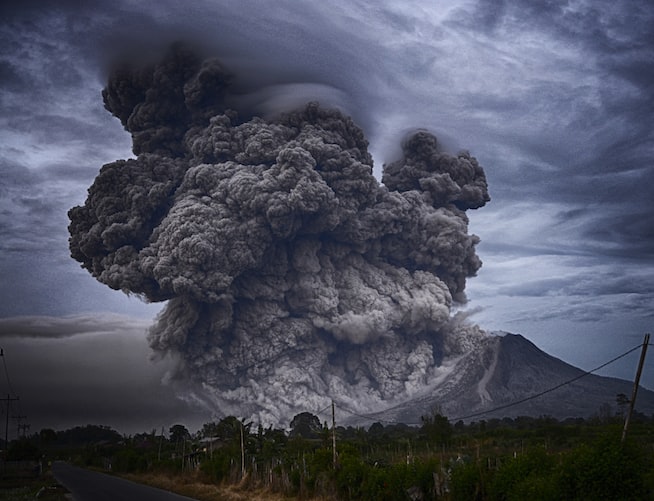 Why the New BlackRock Letter Matters for Boards

Fink’s point is that unless companies pay attention to risks such as climate change, then their financial returns will worsen over time, harming investors—including BlackRock’s. A former opposition politician in Alberta is calling for a tax revolt after Premier Jason Kenney sided with deadbeat fossils against the rural municipalities they’re depriving of C$173 million in local tax revenue. The post Ex-Alberta Liberal...

Why the New BlackRock Letter Matters for Boards