Over the past weeks, we have provided plenty of analyses of the different solar policies in India in this newsletter. Overall, we are not terribly impressed with them. This is partially because of the weight of expectations the government has put upon itself with its 100 GW target. In fact, growth in the sector is picking up significantly. It is just that this growth is not driven by sustainable policies, but by one-off measures, and that it is not enough to get near to the very ambitious target.

Policies are not sustainable, because they do not yet provide a credible, overall framework. Solar parks to deal with land and power evacuation bottlenecks are delayed. There is no “big bang” financing solution to bring down the cost of debt and thus of solar (refer). Power tariffs are rising, but there is still no underlying reform to stabilize the sector. The government is working on implementing more ambitious RPO targets, but there are questions around the value and punch of such targets. The budget did not deliver (refer). All this might come as a bit of a disappointment to those (including ourselves) who were hoping for a Modi “solar rocket” (refer). Our suggestion, today, is to refocus. Let’s forget the target – which would require an annual industry growth rate of more than 90% – and focus on the real driver behind solar in India: the country’s enormous power demand and the dearth of supply options. Let’s focus on India’s fundamental needs (refer).

Let us be optimistic and assume that India will develop. If for no other reason than because anything else would be a terrible tragedy. Development would mean: growth that brings employment to the 13 million new, annual entrants into the labor force (more industrialisation and growth rates of 8% or more), would allow for a significant increase in standards of living for the average Indian (including using more energy consuming devices), and would do so without destroying the country’s living environment (water, air, soil). It would mean that India is able to provide more electricity to more of its people. Despite likely and significant efficiency gains in power generation, transmission and consumption, that would likely mean raising the per capita consumption of power from the current 800 kWh per annum to around 3,000 kWh per annum (the current global average). Over the next 20 years, we are looking at an increase in electricity generation from 1,050 TWh in 2012 to around 5,000 TWh in 2035 (refer), a 7% p.a. growth rate.

Where could such an enormous, additional amount of energy come from? Whatever energy source one looks to, there are challenges: Nuclear power has been consistently under-performing since the 1950s, providing only around 1% of India’s power. Gas is not available in nearly large enough a quantity. Large hydro power plants are difficult to execute due to political/social resistance and evacuation bottlenecks. Biomass can add, but is limited in amount. Wind can add, but the sites are geographically concentrated and the volatility of wind creates challenges. The default choice is coal, which currently provides around 60% of India’s power and there are large reserves of coal in India. But consider the implications of building e.g. 500 GW of new coal-fired power plants on the environment (water pollution, air pollution and soil destruction), on India’s stretched railway and port infrastructure, on the current account deficit, on energy security (a lot of it will be imported) and – not least – on the global climate. India can try and go down that route as China has done, but China struggles hugely with the environmental consequences of this choice. When China made it around 20 years ago, there might not have been a real alternative. That is different today: the cost of solar (and of storage) has come down enormously since then, making it a mainstream energy choice.

Could India’s future be solar? We believe it can be. Yes, there will be challenges of building hundreds and hundreds of GW of solar. That is naturally so, given the size of the task at hand. These challenges relate to the use of land (given today’s efficiencies, 1,000 GW of solar would require around 0.5% of India’s land mass), to the cost of solar (still higher than some alternatives, but will fall very rapidly with large scale deployment) and to the volatility of solar (we will need a lot of storage, much better demand management and forecasting and some grid balancing/spinning). These challenges can be overcome. Solar might well turn out to be a default market (reacting to consumer needs) rather than a design market (driven by specific policies) (refer). In any case, it will be a very large one. Growth rates might not be 90% p.a. as the government anticipates over the next 5 years, but they might be at 30-50% p.a. over the next 20 years, topping 1,000 GW before 2035. That is real prize.

Detroit-based DTE Energy is aiming to bring down carbon emissions from its business down to zero by 2050. The utility had earlier pledged to generate 80% of its electricity from renewable sources in the same timeframe.

Private and government owned countries in one of India's largest states have committed to $14 billion in investments in renewable energy projects. However, as this article points out, there is some skepticism that these project will actually pan.. 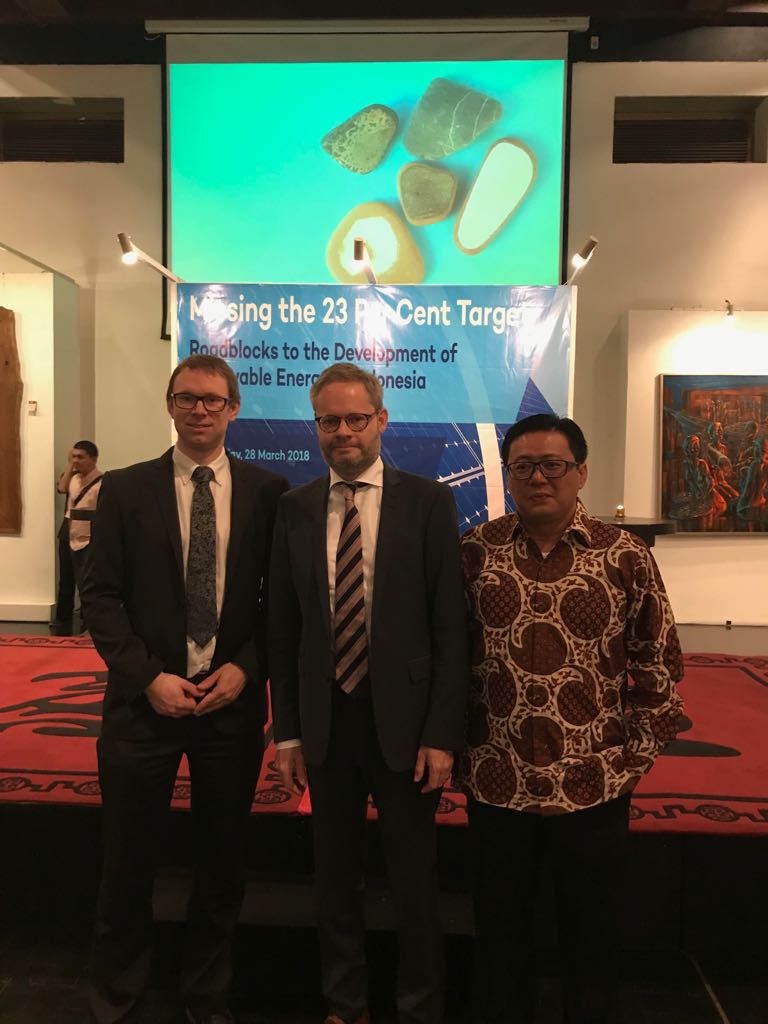 California Climate Year In Review: A Tale Of Tremendous Progress

California Climate Year In Review: A Tale Of Tremendous Progress