As someone who makes a living from the modelling of complex non-linear systems (multiphase reactors), I have great appreciation for the work of Lion Hirth at the Postdam-Institute for Climate Impact Research, Vattenfall GmbH. As any good modelling study should, his work on the north-west European power system (covering Germany, Belgium, the Netherlands, Poland and France) reveals and elegantly explains a number of seemingly counter-intuitive effects regarding higher penetration renewable energy futures.

Hirth has authored numerous papers on the subject of valuing intermittent renewables at higher penetrations, but his paper on the optimal share of intermittent renewables is arguably the most insightful. This paper calculates the welfare-optimal deployment mix for north-west Europe, taking into account the negative effect that intermittency has on the value of wind and solar at higher penetrations (discussed in a previous article). This article will give a brief summary of this very interesting paper.

Effect of intermittency on market value Profile costs are primarily related to the underutilization of power infrastructure as a result of intermittent electricity surges enjoying priority dispatch. This is typically the largest cost related to the intermittency of wind and solar. Balancing costs are related to the spinning reserve requirement to prevent blackouts from forecasting errors and are typically reasonably small. Grid-related costs arise from the necessity to bring wind/solar power from windy/sunny locations to population centres and varies greatly from one case to another.

For north-west Europe, the effect of these costs on the value of onshore wind relative to the wholesale power price is shown below. Note that the long-term trendline assumes that the entire power system is optimized for increased wind penetration and is therefore only applicable beyond 2030. The mid-term line takes into account the sunk investments in existing capital stock. The paper details a comprehensive sensitivity analysis to understand how the optimal share of intermittent renewables changes in response to various parameters. The most important of these will be briefly discussed below. Note that all results are long-term results (following the blue line in the figure above).

Energy storage and increased interconnectivity (i.e. the supergrid) are commonly quoted as solutions to the variability of solar and wind. However, the study found that both these options had fairly small effects on the optimal share of wind power (shown below).

In the case of storage, this was simply because wind variations typically occur on a much longer timescale than the storage capacity of the pumped-hydro facilities considered in the model. Further increases in the degree of interconnection beyond the current level also had minimal effects. It was also found that interconnection is substantially cheaper than pumped hydro storage.

The base-case in the study assumes a CO2 price of €20/ton which is fairly representative of the scientifically calculated social cost of carbon. However, the CO2 price has the potential to vary greatly over coming decades and therefore deserves some detailed investigation.

The trend in the above figure is the result of solar and wind being displaced by the baseload low-carbon technologies of nuclear and CCS. At high CO2 prices, these baseload technologies become cheaper than renewables balanced by unabated thermal powerplants. It should be noted, however, that only baseload lignite with CCS was modelled in the study and the picture could look better for intermittent renewables if gas+CCS or even hard coal+CCS was considered.

The study also looked at the effect of societal resistance to nuclear and CCS. As shown below, the optimal share of wind and solar would increase greatly if no nuclear or CCS was deployed under a scenario with a €100/ton price on CO2. Taking this option will have some severe consequences though. Firstly, the electricity cost would increase by a further 15-35% over the already high cost of such a high CO2 price scenario. More importantly though, CO2 emissions would increase by 100-200% over the scenario where all low-carbon technologies are deployed. This is the scenario that opponents of renewable energy technology-forcing are most concerned about. The shale gas scenario is self-explanatory, but the double gas price scenario requires some further explanation. Although a higher gas price would make wind more competitive against gas, it would also cause a shift from gas to coal as is currently happening in Germany. Balancing intermittent wind with coal is more expensive than balancing with gas, thus leading to the counter-intuitive reduction in the optimal wind share with increased gas prices.

The optimal wind share after a 30% cost reduction from today’s levels is shown below for all the scenarios considered in the paper. Most of the scenarios fall in a fairly narrow range. The four outlier scenarios can be briefly discussed in a little more detail. Firstly, the high optimal wind scenario with a high CO2 price and no deployment of nuclear and CCS will be highly undesirable from a climate viewpoint and should hopefully be avoided. The scenario where thermal plant investment costs increase by 50% and wind power investment costs decrease by 30% also returns a substantially higher optimal share of wind. However, since investment costs are most influenced by raw material costs, this scenario where wind and thermal plant costs diverge so sharply appears unlikely.

On the other side of the spectrum, we should all hope that the €0/ton CO2 price scenario is just a theoretical scenario that will not persist in the long-term. The shale gas scenario, however, is possible within the timeframes of these results (beyond 2030) and should not be discounted.

Discussion of other assumptions

The paper states that the different model simplifications should add up to a moderate downwards bias on the estimated optimal share of intermittent renewables, implying that these results can be read as conservative estimates. To balance this perceived bias, the study considers optimistic price reductions of 30% for wind and 60% for solar. According to forecasts from Fraunhofer, onshore wind costs will stay essentially constant between now and 2030, while solar PV costs will drop by about 30%.

At current costs for onshore wind, the study finds that the optimal long-term share of wind drops from 20% to 2%. It should be noted, however, that the total system costs will only increase by 6% if onshore wind deployment is lifted to 30% at current technology costs (below), thus confirming onshore wind as an attractive technology in north-west Europe under an environment with an accurate price on CO2. However, onshore wind will probably be hampered by other forms of resistance long before it reaches 30% penetration. The optimal solar PV deployment will drop from 2% to 0% if costs only drop by 30% as opposed to the 60% assumed in this study, thus confirming solar PV as a fundamentally unattractive technology at latitudes above ~40 degrees where solar resource quality is low and, more importantly, seasonal variations are large and misaligned with seasonal demand.

In the medium-term, when taking into account the sunk investments in existing power infrastructure (especially nuclear), the optimal wind share drops from 20% to 7% (assuming 30% cost reduction), thus emphasizing the degree to which intermittent wind depends on thermal backup. Power infrastructure investments will therefore have to be planned very carefully if Europe wants to move towards a high-penetration wind future. 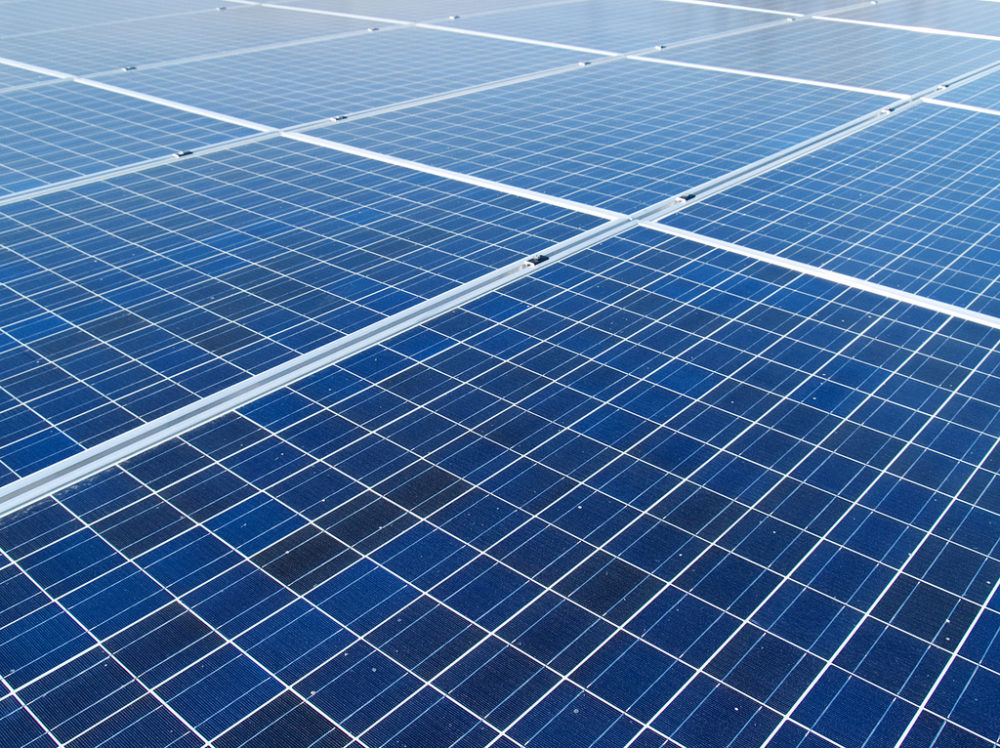 A 2013 state law limits how much solar power schools and other entities can buy from third-party projects. ﻿ Lawsuits, falling energy prices and an excessive purchase of solar power has left Georgetown, TX, a city once held as a national model for a green city, regretting its move to 100% renewable energy.