Mushrooms are one of the most powerful items in the Super Mario video game franchise, providing extra lives and making characters stronger. So wouldn’t it be great if real-life mushrooms could help the fight against climate change by boosting carbon sequestration?

Fortunately, there’s no need to press the reset button. A new study suggests mushrooms might be a key to natural carbon sequestration – removing large amounts of carbon dioxide from the air and safely storing it in forests – even after the trees die.

The study, “Roots and Associated Fungi Drive Long-Term Carbon Sequestration in Boreal Forests,” waspublished in Science magazine. It theorizes that Mycorrhizal fungi, a common type of root-based mushroom, is responsible for converting or sequestering a majority of all carbon pulled out of the atmosphere by trees in the northern hemisphere.

Storing Carbon In Soil, Not On It

Scientists in the study examined how carbon sequestration occurs in northern boreal forests at 30 sites across Sweden. These northern forests are a critical component of nature’s ability to remove carbon because they cover 11% of the Earth’s surface across Europe, Asia, and North America, and they contain 16% of all carbon sequestered worldwide.

Conventional wisdom has maintained that most carbon pulled out of the air by trees winds up being stored in dead needles, leaves, and moss. But during the study, the scientists discovered between 47%-70% of all sequestered carbon was being delivered to the tree roots as sugars and “eaten” by the Mycorrhizal fungi, which then expels waste residue into the soil.

Thus, a majority of carbon deposits are found at deeper levels in the soil instead of at or close to the forest floor. In addition, the researchers note that many fungi act as decomposers and create a net release of carbon dioxide to the atmosphere – but Mycorrhizal is a notable exception.

This new finding could change the way we look at forests as carbon sinks in a warming world, because if most carbon sequestration occurs in soil instead of decomposing as dead plant matter on the surface, the overall net impact of higher temperatures and invasive pests killing trees may be lower than anticipated.

By itself, Mycorrhizal would be strong evidence of the fungal ability to fight climate change, but to truly appreciate the might mushroom we’ve also got to consider the contributions of the ancient Agaricomycetes, or white rot fungus.

Research by the Department of Energy in 2012 theorized that this prehistoric fungus halted the formation of coal deposits around 290 million years ago, and could dramatically increase potential biofuel feedstocks.

So as a whole, fungi have not only stopped coal formation but are now helping deal with mankind’s addiction to fossil fuels. Talk about a true power-up. 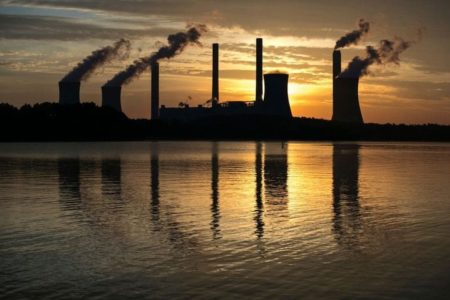 There was a recent updated analysis of various life-cycle energy impact measurements for fossil fuels, nuclear, solar and wind. Lifetime CO2 Emissions per Kilowatt-Hour Solar is 50% worse than nuclear for lifetime CO2 emissions per...