A Marshall Plan to Build a Smart Grid -- in China

I wrote in last week’s column about the three most interesting insights into the future of grid-connected energy storage offered last week at the 2011 NAATBatt Annual Meeting and Conference by David Mohler, chief technology officer of Duke Energy.  It occurred to me after posting my article that I neglected one other important insight.  The fourth insight came not from David’s speech but from where he went after his speech:  David is in China this week exploring commercial opportunities, undoubtedly trying to find ways to monetize Duke’s expertise in power technology.

The potential growth in China’s electricity sector is astounding.  A KPMG study expects that electricity consumption in China will rise to 6,400 TWh by 2020, up from 3,600 TWh in 2010.  To meet that demand, approximately $2.8 billion in additional investment will be needed, says KPMG.

But building a replica of the early Twentieth Century power grid used in America will not solve China’s problem.  Rising living standards, and even more rapidly rising expectations, will press China’s leadership to expand the availability of electric power even faster than KPMG projects.  The key to doing this will be maximizing the efficiency of electricity use, not just the level of its production.  In addition, the environmental impact of new coal-fired electricity generation plants poses a very real threat to public health and economic growth in China.  Integrating and balancing large quantities of variable, renewable energy onto the grid is not just an environmentalist’s wish in China—it is an economic imperative for the country.

Duke’s hunting for opportunities in the largest smart grid and energy storage market in the world is understandable.  But it may also evidence a larger, missed opportunity.  China’s needs are greater than even Duke can address.  Moreover, much of the intellectual property and know-how that China would need to build a truly best-in-world smart grid are spread among numerous U.S. companies and, to some extent, concentrated in the U.S. Department of Energy.  This is more than a one company job.

There is a deal to be cut here.  It is time to put substance into the Framework for Ten Year Cooperation on Energy and Environment signed by President Obama and President Hu in November 2009.  The government of China should contract with the U.S. power industry, coordinated through the U.S. Department of Energy, to build a complete smart grid in China.  This would be no less than a Marshall Plan to build a 21st Century smart power grid in China.

For the Chinese, the advantages of such a deal are obvious and would justify their substantial investment.  China would end up with the most sophisticated and, yes, the most competitive power grid in the world.  That system will help meet China’s energy needs, continue its economic growth, and preserve its social stability.  If China wants to build such a system, it must deal with American companies.  They alone have the know-how and technology to create it.  China could try to acquire that technology through one-off deals with companies such as Duke.  But it will have massive IP and export control restriction problems to contend with.  All those issues could, however, be resolved in one large framework deal.

From the U.S. perspective, the advantages are also clear and would be profound.  The most immediate advantage would be U.S. job creation.  Assuming that the project included aggressive U.S. labor and materials content requirements (which would be an essential part of the deal), the U.S. job creation potential of building out the Chinese national power grid would make the package of $4,000 tax credits and school building repairs being debated today in Washington look almost humorously anemic.  Moreover, building out a smart power grid in China will ensure that American companies and American workers maintain their leadership in smart grid and energy storage technology.  We will come out of the project smarter than we went in.

Of course, the idea of a Marshall Plan for China may strike many as odd, and even as dangerous.  China is an economic competitor and one that many Americans view as an adversary.  But building a smart grid for China, even if that grid will be better and more competitive than the grid we have in the United States, makes sense for a couple of reasons, in addition to immediate job creation:

First, creating and selling technology is what we do as a nation.  It is what we have done for decades and what we continue to do better than anyone else.  Right now we have a lot of valuable smart grid and energy storage technology sitting on the shelf.  While it is right to want to sell it for a fair price, it is foolish to leave it sitting unsold.  No clothier would fail to sell a suit to a customer because the customer would be better dressed than the clothier.  It is time to make a sale.

Second, building a 21st Century smart grid in China may be the key to building one in the United States.  Today our efforts to roll out smart grid and energy storage systems in the United States are largely stuck.  The inertia is due, not to foolish politicians and stupid regulators, but to the fact that, despite its inefficiencies and antiquated complexities, we have today in the United States an electrical power grid that works pretty well.  This is a problem (or a benefit, depending upon your perspective) that China does not share.  Integrating new technologies into the existing U.S. power grid is a high risk proposition for electric utilities, whose principal obligation to customers is providing safe, reliable power at the cheapest possible price.  Having these same utilities roll out and gain experience with new grid-connected technology in China, however, may provide the validation necessary to deploy that technology in the United States.

Smart grid and energy storage technology is the key to U.S. job growth.  We have to find a way to get it off the shelf.  The veto of smart grid legislation this past week by Illinois Governor Pat Quinn, a well-known populist (who also happens to be in China this week), should wake us to the sober reality that in tough economic times it is going to be hard to sell the good enough as the enemy of the excellent to hard pressed U.S. taxpayers and ratepayers.  We need to look elsewhere for a large, immediate market for smart grid and energy storage technology.  If our government will coordinate the effort, there may be a major opportunity to the East.

In China, approximately 45 gigawatts (GW) of offshore projects have been approved for commissioning before 2022; however, the needed infrastructure is missing, according to Wood Mackenzie. A lack of offshore wind supply chain and installation..

A thorough report from Electrek. North Carolina-based Duke Energy is insisting that natural gas plants built today are critical lynchpins in its strategy to become 100% carbon-free by 2050, dismissing some stakeholders’ predictions that they will be stranded assets long before... 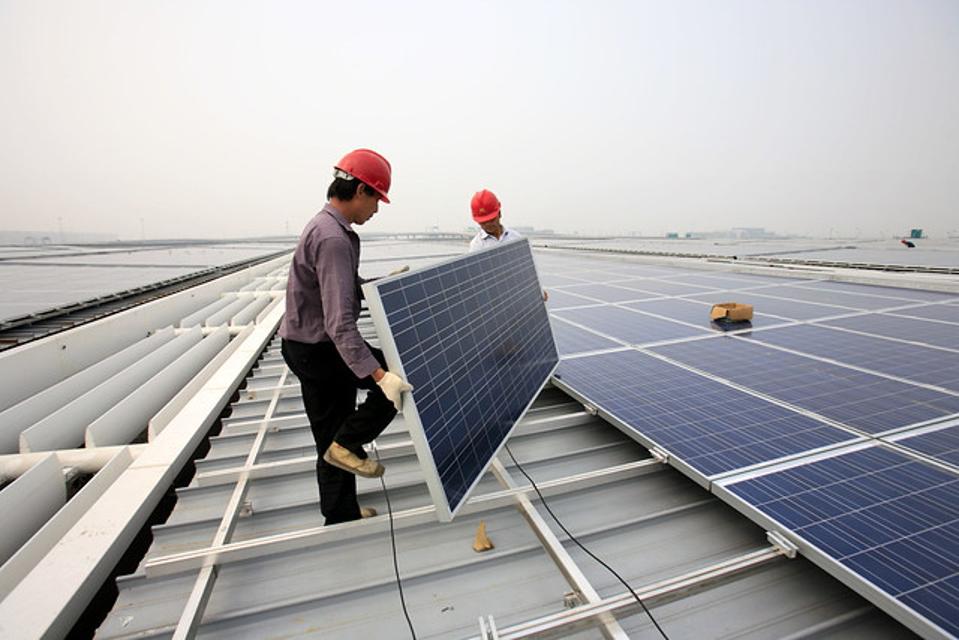