The tragic heat wave in India – with a current death toll over 1,800 – has raised a lot of attention to the dire threat of rising temperatures. The question many are asking is, what can local governments do to prepare for future heat waves and mitigate the terrible effects of heat on people?

Ahmedabad’s Heat Action Plan was adopted three years ago, and offers a proven track record and model for other cities and states interested in adopting similar plans to protect their residents from heat waves.

One thing that is so attractive about the Ahmedabad’s Heat Action Plan is that most of its effective strategies are very straight-forward to implement. There are many actions a city government can take immediately to save lives.

Dr. Tejas Shah – health officer at the Ahmedabad Municipal Corporation (AMC) and nodal (lead) officer of the Heat Action Plan (HAP) – provided the following summary of what the AMC and other stakeholders are doing right now in the city to warn and protect residents from the ongoing extreme heat.

In addition to these critical actions happening now, there are many strategies that cities can adopt in the longer-term to increase resilience to the rising mercury. The Heat Action Plan offers ways to mitigate the health impacts of rising temperatures, including mapping high-risk heat areas, increasing access to drinking water stations & green spaces for shade, reducing urban heat island effects, ensuring new buildings are more heat-resilient, and developing transportation systems that help people avoid heat stress. All these actions and much more are necessary for cities and people in India and around the world already suffering from climate-fueled extreme heat.

Photo credit: City resident getting a drink at a water station in Ahmedabad, India, in May 2015. (c) Ahmedabad Municipal Corporation.

For background context, Ahmedabad is a city of 7 million people in the northwestern state of Gujarat, divided into zones and governed by the AMC. After a 2010 heat wave devastated the city, the AMC partnered with a coalition of local and international scientists and policy experts at the Indian Institute of Public Health, Gandhinagar, Public Health Foundation of India (PHFI), Natural Resources Defense Council, Icahn School of Medicine at Mount Sinai, and Rollins School of Public Health at Emory University to develop the Heat Action Plan. Georgia Institute of Technology’s CFAN group provides a pioneering daily 7-day forecasts to the AMC to help them determine when to declare a heat alert. For more information about the creation of the Heat Action Plan, please see this prior blog.

More information about the Ahmedabad Heat Action Plan, including the Plan itself and supporting materials, is available here.

For additional recent blogs about this project protecting health against rising temperatures and heat waves in India: 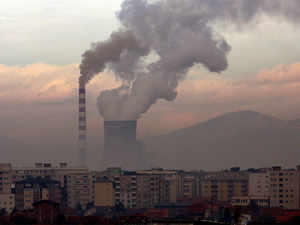