Europe Should Look at Consumption of Renewables, Not Just Production

European consumers actively chose to buy more than 550TWh of renewable electricity last year, 20% of all electricity consumption. Yet EU member states are not required to report on consumption of renewables, only  production. This gives a false picture of what is happening in the market, say business representatives involved in purchasing and producing green electricity. Dual reporting – of consumption and production – would show that some countries are much further ahead in meeting renewables targets than official statistics show, while others are doing less well. It would also stimulate renewable energy production by putting consumers in the driving seat. The upcoming review of the Renewable Energy Directive presents an opportunity to correct this flaw.

“This is a phenomenal accomplishment by European consumers yet it is not reported in national or European statistics,” says Jared Braslawsky, secretary general of RECS International. “We are always focusing on production, not consumption.”

“It’s incredible how little information on the corporate and consumer demand-side of electricity use there is. I couldn’t believe it when I started looking”

Every year, as a consequence of the Renewable Energy Directive, adopted in 2009, governments report to Brussels on their progress towards the 2020 renewable energy production targets. They calculate “the gross final consumption” of renewable energy as the quantity of electricity produced from renewable sources.   Yet different pictures emerge about a country’s renewable electricity depending on whether production or consumption is measured, says Braslawsky.

RECS wants these facts – what consumers are choosing – to be mandatorily reported Europe-wide. “We’d like to see a dual reporting obligation in the new renewable energy directive,” says Braslawsky. “Otherwise we are miles away from the European Commission’s so-called consumer-centered energy policy.”

Dual reporting, in which both production and consumption data are gathered and communicated, has already become standard practice for corporate renewable energy users, says Braslawsky.

“5,500 companies in one reporting agency alone, CDP (formerly the Carbon Disclosure Project), report electricity usage based on a production mix and a company-specific consumption mix, a method developed by the Greenhouse Gas Protocol, an international tool for greenhouse gas accounting,” he says.

RE100, the global initiative of big businesses such as Google, Microsoft and Ikea, which have committed to sourcing 100% of their electricity from renewables in the future, supports the concept.  “Dual reporting is a really important area and definitely something that we support,” says Emily Farnworth, RE100 campaign director. Most RE100 members have operations in Europe and they have an increasing desire to know more about their electricity options, she says.

“It’s incredible how little information on the corporate and consumer demand-side of electricity use there is,” Farnworth adds. “I couldn’t believe it when I started looking. We haven’t found any dataset, at least in the public domain, on electricity use. We seem to still be in a very traditional mindset focused on what generation capacity is needed.”

Tom Lindberg, managing director of ECOHZ, a Norwegian renewable energy developer, also supports the call for dual reporting. “Let’s show both,” he says. “Yes, let’s recognise a production mix in a country which allows us to reach the 2020 targets, but let’s also recognise that a country has this customer-driven demand. It should be recognised and communicated.”

BEUC’s Mühlenhoff is less convinced about the need for dual reporting. “I honestly don’t see the point in it,” he says. “Most member states are complaining about the high level of statistics they are required to send to Brussels. There is already enough transparency in terms of what member states are doing.”

Would national governments need to do a lot to report their renewable electricity consumption data?

“The good news,” says Braslawsky, “is that governments wouldn’t have to do a huge amount as much of the consumption information is already available. It just isn’t being looked at and reported in the right way.”

For example, research by green infrastructure advisers, Grexel, published this August, uses publically available data from a number of sources to monitor renewable electricity consumption in Austria, Belgium, Germany and the Netherlands.

The most accessible data, according to Braslawsky, comes from EECS standard certified electricity that has been issued with a Guarantee of Origin (GO). (See box.)

In some countries, notably Germany, a high share of renewable production is not issued with a GO due to legislation that prevents feed-in tariff supported electricity from receiving GOs. Nevertheless, data concerning this electricity, which Grexel calls supported electricity – and which grew in volume Europe-wide by 12.5% to 216 TWH between 2014-2015 – can be easily included in national dual reporting requirements.

Why is the reporting of green electricity consumption so important, according to RECS? After all if you look at the whole European picture, all the renewable electricity that is produced is consumed. But according to Braslawsky this misses the point. Dual reporting, he says, would greatly improve transparency for consumers. It’s about putting customers in the driving seat, which is one of the official goals of the Energy Union.

Current regulations around the disclosure of the fuel-mix used to generate electricity are complex and confusing for consumers, he notes. “There is no standard format for fuel-mix reporting and limited coordination on this between countries.”

How do we know when energy users have consumed renewable electricity?

There are different ways but one system relies on the issuing of electronic attribute tracking certificates known as Guarantees of Origin (GOs). These are issued to energy producers for every 1 MWh of renewable electricity generated.

GOs can be issued for all types of electricity generation – as is the case in Austria, Switzerland and Sweden – but are only required for renewables under Article 15 of the Renewable Energy Directive.

Renewable electricity GOs fall into two categories – those within the European Energy Certificate System (EECS) subscribed to by members of the Association of Issuing Bodies (AIB), and those certified by national bodies outside of this standard.

EECS GOs are tradable across national borders among countries that have joined the AIB and that are connected to its electronic hub.

Once certified electricity is consumed, its GOs are cancelled in order to avoid double counting. “You can only prove that renewable electricity has been consumed when the GOs have been cancelled,” says Braslawsky. “Cancellation volumes give the best indication of a country’s GO market as they demonstrate actual demand.”

In 2015 the increase in cancellations of GOs together with the decrease in volumes of issued GOs, created a shortage of supply for the first time, according to a report by Grexel published this year entitled ‘Development of the Guarantees of Origin market, 2009-2015’.

In 2015, according to data from the AIB, 34% of all renewable electricity production in the EU and the EEA as a whole was certified EECS. This percentage is set to increase.

Twenty-one countries are fully signed up to the EECS standard. Spain, which has 70 TWh of available GOs, recently joined. Lithuania’s regulator is awaiting government approval to join; Greece is actively applying; and the Portuguese and British competent bodies are presently in discussion with the AIB about joining, according to Dirk Van Evercooren, president of the AIB.

In total the consumption of half of Europe’s renewable electricity production is accounted for by cancelled EECS and non-EECS GOs, according to Grexel.

If applied Europe-wide dual reporting would bring much greater clarity to the information available to those consumers – both household and corporate – who are actively choosing green in ever greater numbers, as well as to policy makers. This would motivate suppliers to source more renewable energy. “We believe that greater transparency will stimulate renewable energy production because it will become clearer how great the demand really is,” says Braslawsky.

Braslawsky says a dual reporting obligation should be included in the new Renewable Energy Directive. “It’s a relatively small action that is completely in line with EU ambitions to empower the consumer. Most importantly it would acknowledge the businesses and citizens who are really in the driver’s seat.”

Iva Pocock (@iva_pocock) is a freelance journalist based in Ireland.

[i] This excludes 359 TWh of renewable electricity production that was neither certified nor supported, therefore not actively chosen by consumers either through their purchase of green energy or subsidization through taxes. 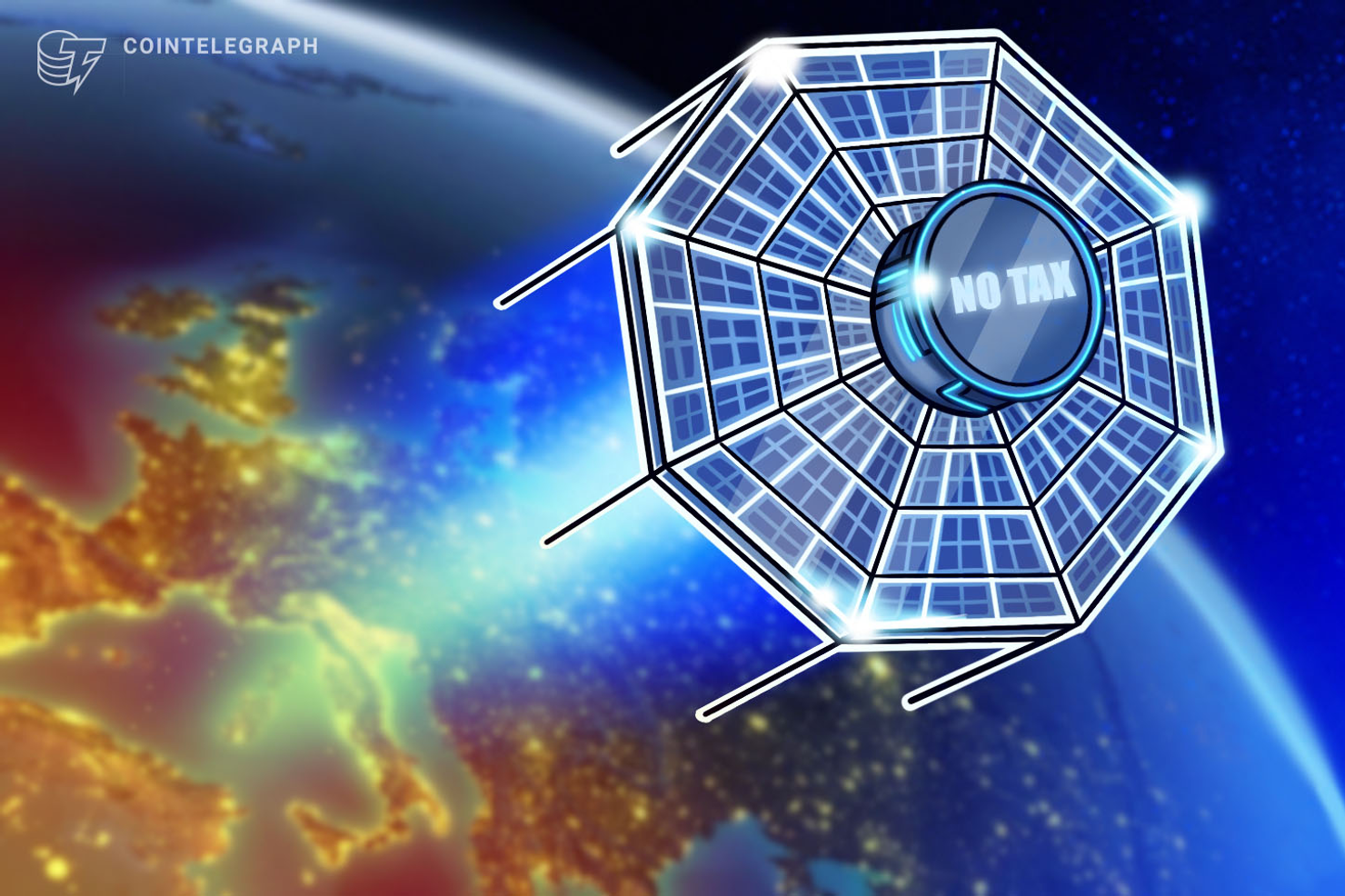 Green Policy and Crypto Energy Consumption in the EU

In this series, my articles evaluate the tax, digital technology and solar policies (including space power satellites) of the countries that emit the highest volumes of carbon dioxide.

The Eden Project, a massive biome tourism project that harbors a captive rainforest in the U.K. will aim to power itself through the use of geothermal energy. The head of the project believes geothermal is central to answering the 24/7 question..

Back to School Energy Consumption

School districts are major sources of energy consumption. With school back in session it raises questions about conservation, consumption and carbon emissions involved with larger buildings.  Students are looking for solutions.

Three Mountain West states (North Dakota, Montana, and Wyoming) are tops in the nation in terms of residential energy consumption, according to the US Energy Information Administration. Typically, energy gluttons experience temperature extremes..

Green Policy and Crypto Energy Consumption in the EU

Back to School Energy Consumption