Another Step Backward for Nuclear and the Environment I don’t normally do breaking news, but the recent announcement by PG&E and a coalition of environmental groups on retiring the Diablo Canyon nuclear power plant in California within 8-9 years merits immediate comment.

Given the enormous social and political challenges PG&E faced in undertaking the re-licensing of the facility when its current operating licenses expire in 2024 and 2025, this action is understandable, though regrettable. I lived in California when Diablo Canyon was planned and built. It was sufficiently controversial in the 1970s, and the environment has only become more contentious. Extending the operating licenses of nuclear power plants to 60 years has become typical elsewhere, but the utility’s board must have concluded that it was a non-starter in today’s California.

However, we should not be misled by press-release language about replacing “power produced by two nuclear reactors…with a cost-effective, greenhouse gas free portfolio of energy efficiency, renewables and energy storage.” Under California’s extremely aggressive renewable energy and storage targets, the alternative energy mentioned here was coming, anyway, but it was intended to replace higher-emitting sources like out-of-state coal and in-state natural gas generation. Until there is an overall surplus of zero-emission energy–when?–the energy mix is a zero sum game.

This agreement–perhaps the best deal possible under the circumstances–thus represents the net loss of 18 billion kilowatt-hours (kWh) per year of zero-emission electricity. That’s equivalent to 9% of all utility-scale electricity generated in California last year. The state went through a similar event in 2013 with the permanent shutdown of the San Onofre Nuclear Generation Station between L.A. and San Diego. As I noted at the time:

How much emissions will increase following the shutdown depends on the type of generation that replaces these units. If it all came from renewable sources like wind and solar, emissions wouldn’t go up at all, but that’s impractical for several reasons. Start with the inherent intermittency of these renewables, and then compound the challenge by its scale. Even in sunny California, replacing the annual energy contribution of the SONGS units would require around 7,200 MW of solar generating capacity, equivalent to nearly 2 million 4-kilowatt rooftop photovoltaic (PV) arrays. That’s over and above the state’s ambitious “Million Solar Roofs” target, which was already factored into the state’s emission-reduction plans.

Grid managers from the state’s Independent System Operator indicated that in the near term much of the replacement power for SONGS will be generated from natural gas. Even if it matched the mix of 71% gas and 29% renewables added from June 2012 to April 2013, based on “net qualifying capacity”, each megawatt-hour (MWh) of replacement power would emit at least 560 lb. more CO2 than from SONGS. That’s an extra 4 million metric tons of CO2 per year, or 8% of California’s 2010 emissions from its electric power sector and almost 1% of total state emissions. If gas filled the entire gap, or if the natural gas capacity used was not all high-efficiency combined cycle plants, the figure would be closer to 6 million metric tons, equivalent to the annual emissions from about 1.5 million cars.

So far, the state’s environmental data supports this conclusion. Although offset by larger imports of low-emission power from out-of-state, there was a noticeable uptick in greenhouse gas emissions from in-state generation from 2013 to 2014. (See Figure 8 in the 2016 California GHG Inventory.)

California will get more renewables either way, but shutting down Diablo Canyon when it still has decades of useful life left represents a net loss to California consumers, PG&E shareholders, and to the global environment. 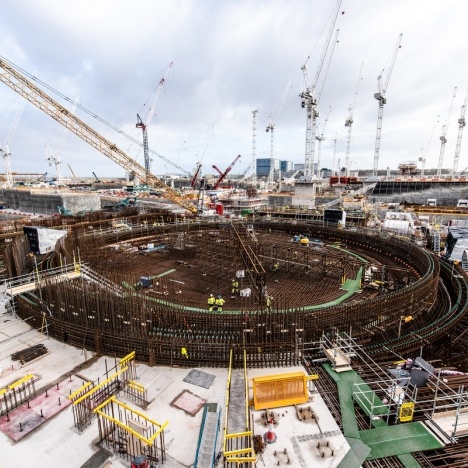