Another Major Climate Breakthrough: China Will Cap its Coal Consumption by 2020

Hard on the heels of last week’s historic US-China Joint Announcement on Climate Change, in which China pledged for the first time to cap its CO2 emission by 2030, China’s State Council has just announced a new energy strategy action plan that includes, also for the first time, a cap on national coal consumption by 2020.  This is another major breakthrough for climate and for China’s people, since coal is the largest contributor to CO2 emissions as well as to China’s dangerous PM 2.5 air pollution.

This latest announcement came just after the Coal Consumption Cap and Energy Transition International Workshop that NRDC organized in Beijing on November 17-18th.  NRDC has been working for over a year with  over 20 leading Chinese stakeholders, including government think tanks, research institutes, and industry associations, to develop a comprehensive roadmap and policy package for a national coal cap.  Our goal is the establishment and implementation of a binding national coal consumption cap at a level that will achieve China’s long-term economic, environmental and climate goals.

The State Council’s energy action plan calls for capping annual coal consumption by 2020 at 4.2 billion tons and also reducing coal’s share of China’s primary energy mix to less than 62% by that year. This provides a clear rebuttal to those who claim that China’s climate pledges obligate it to “do nothing” for 16 years — or worse — give China an incentive to continue rapidly increasing its CO2 emissions until 2030 in order to have more tons to bargain away.  To the contrary, in addition to mounting concerns about air pollution, the Chinese government has clearly taken a long, sober look at the 710-page Second National Assessment Report on Climate Change prepared by its own scientists in 2012.  This study determined that China is one of the countries most vulnerable to the adverse impacts climate change.

Putting a lid on coal is the single most important step China can take to reduce its CO2 emissions, and an ambitious yet achievable cap can help China peak its CO2 emissions even earlier than the 2030 date announced last week.  But that’s not all China is doing. Beijing’s pledge to boost the share of non-fossil energy to 20% by 2030 will require it to install the carbon-free energy equivalent of Spain’s entire generating capacity each year until 2030, according to Bloomberg New Energy Finance data.  Although China already leads the world in renewable energy production and clean energy investment, and installed more new non-fossil fuel capacity than fossil fuel capacity last year, these are major accomplishments, and can hardly be called business as usual.

Most notably, China’s detailed climate plan calls for stabilizing total CO2 emissions from China’s most highly polluting and energy-intensive industries — steel and cement — by 2020 at 2015 levels. This target, although non-binding, will likely play a key role in implementation of China’s latest climate pledge. The plan also calls for the development of GHG emission standards for the power, metallurgy, iron, steel, petrochemical, chemical, transportation and construction industries, as well as other heavy industries. Efforts to develop those standards are already underway.

Power plants in China — still mostly coal-fired — are responsible for approximately one-third of China’s emissions.  China’s plan to limit CO2 emissions from power plants echoes the US EPA’s proposed Clean Power Plan, which also targets existing power plants and is a centerpiece of President Obama’s climate pledge.   This is important news for critics who claim that President Obama’s climate agreement with China is one-sided.

Those who question whether China is serious about its new climate pledges would do well to review the September 2014 National Climate Change Plan in detail.  The plan was issued to, and imposes new obligations on, every province, major city, ministry and government agency in China.  This even includes the two major branches of the People’s Liberation Army:  the General Logistics Department (GLD), which handles military pay, supplies, healthcare, and transportation, and buildings; and the General Armaments Department (GAD), which manages the PLA’s weapons and equipment needs and also oversees China’s manned space program.  The plan will also ensure that the performance of government officials at every level in implementing this new plan is reflected in their performance appraisal report, which governs every official’s future career prospects.

We believe that China’s unprecedented climate and coal cap pledges transmit very powerful signals that will drive domestic action and set the stage for even more ambitious targets going forward.  As we’ve seen most recently in the area of wind and solar power development, China has a long history of setting targets that it feels confident it can meet, only to revise them upward repeatedly as its efforts prove successful.

The day before the APEC meetings began in Beijing two weeks ago, I watched in awe as long lines of policemen outfitted in yellow neon vests with multicolored flashing lights stopped traffic on Beijing’s major thoroughfare. They strode grimly up and down eight lanes of traffic, searching for cars with license plate numbers that violated the odd/even number restrictions designed to alleviate air pollution during the APEC Summit. This action brought home to me once again the enormous enforcement power that China can wield when it has the political will.  This gives me renewed confidence that China can and will move forward boldly in its campaign to rein in carbon emissions. 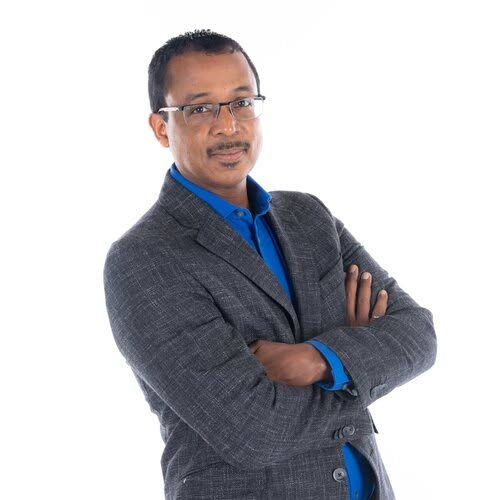