3 Studies Confirm Shale Gas Is Not Worse Than Coal

For most of this year the enormous potential of shale gas has been clouded by controversy over its alleged climate impact. This began with the draft and later the leaked pre-publication version of a paper from a Cornell professor suggesting that the greenhouse gas emissions from gas were no better than those from coal and might even be worse. When I examined Dr. Howarth’s analysis in two postings last December and this April I found that his methodology and assumptions were sufficiently flawed to undermine his conclusions. However, I also recognized the informal nature of my assessment and suggested the need for further scrutiny of this issue by organizations with more resources. That has now taken place, though I claim no credit for it. Within the last month three separate teams have issued reports bearing on this question, and not one of them validates Dr. Howarth’s findings against shale gas.

The first of these studies comes from IHS Cambridge Energy Research Associates, addressing not just Dr. Howarth’s paper, but also the EPA’s estimates of methane leakage that were a key input for its calculations of greenhouse gas (GHG) emissions from shale gas. Although a skeptic might find reasons to dismiss a study from a consultancy with a large energy industry clientele, the other two studies have connections to groups with unimpeachable environmental/sustainability credentials. One is a collaboration between Worldwatch Institute and Deutsche Bank, while the other paper, published in Environmental Research Letters, is from a team at Carnegie Mellon University with financial support from the Sierra Club. I encourage you to read them, but here are the highlights:

The Carnegie Mellon team focused on shale gas from the vast Marcellus formation underlying several eastern states. (See Friday’s posting for some perspective on the scale of this resource.) They found that while the current techniques for developing and completing a Marcellus shale gas well do result in higher methane emissions than from conventional gas wells, the extra methane only increases lifecycle GHG emissions from well to burner tip by 3% on average. This is the case because, “The life cycle emissions are dominated by combustion that accounts for 74% of the total emissions.” As a result, when burned in a combined cycle power plant to generate electricity, shale gas results in emissions per kilowatt-hour (kWh) that are 20-50% lower than those from coal, depending on equipment and sources. This is the crucial comparison that Howarth’s paper gave short shrift. They also compared shale gas emissions to those from LNG, which we’d now be importing in large quantities had shale gas development not ramped up as it did a few years ago. The Mellon team found shale gas and LNG roughly comparable, with both emitting around a quarter less CO2 equivalent per BTU than diesel fuel. That suggests that shale gas isn’t just a lower-emitting fuel for power generation, but also for transportation. Finally, they looked at the possibility of shale gas wells being fractured multiple times, rather than just once during their production life, and found that it would take more than 25 fracturing events to negate gas’s advantage over coal.

The Worldwatch/Deutsche Bank study considered both top-down and bottom-up views of shale gas emissions, including that of Howarth. They looked at the average US natural gas supply including current proportions of shale gas and found that the emissions from gas-fired power plants beat coal-fired plants by an average of 47%, even with the EPA’s higher figures for methane venting during gas production. They also found that among bottom-up assessments of shale gas emissions, including the one from Carnegie Mellon and another from the DOE’s National Energy Technology Laboratory, Howarth’s results appear to be an outlier, and that shale gas is materially lower than coal in lifecycle emissions for power generation. And while their analysis was performed using the standard 100-year global warming potential for methane of 25 times CO2, they considered sensitivities ranging up to a GWP of 105:1, at which extreme gas still performed better than coal.

It’s probably too much to hope that these independent studies will alleviate all of the concerns that have been raised about the greenhouse gas emissions from shale gas, which will only improve as technology and standards progress. (The studies also highlighted both the need and potential to reduce methane emissions from shale gas development, in order to minimize the extra greenhouse gas contribution, irrespective of any comparison to other fuels.) I also get that with the current mood in much of this country, claims for the game-changing energy potential of shale gas must sound too good to be true, without some fatal flaw. Yet everything I see indicates that the problems associated with shale gas development are all manageable, and that while it isn’t a panacea, it does represent an extraordinary opportunity for the US from an economic, energy security and environmental perspective. It’s time to recognize this as the tremendous gift that it is.

Tri-State is closing coal plants and replacing the lost generation with 1GW of new renewables.Expect to see more of these announcements from Western US utilities as most of the remaining 26 GW of coal capacity across the region closes by 2030 and.. 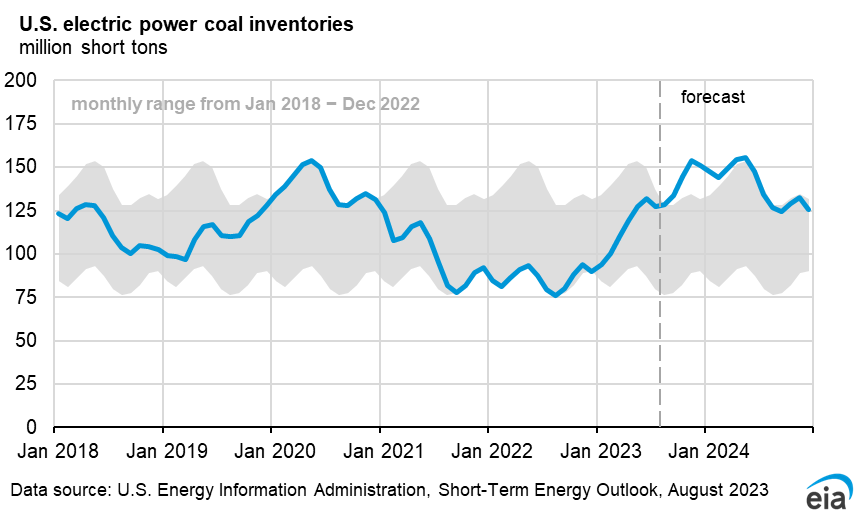 Normally - I wouldn't be a proponent of publications from EIA.  Their Annual Energy Outlooks have been laughable in how far they have missed trends - especially in the decline of coal and the growth of renewables.But,  I have to admit they seem.. The Iowa Utility Board approved a smaller rate increase and said the company will have to analyze its coal fleet.﻿

2020 will be a sunny and windy year for renewable energy advocates.