The study, carried out in association with Energy Storage Report, found 59% of respondents were eying long-duration storage to improve self-consumption of renewable energy generation.

But many other applications, from time shifting to short-term operating reserves, were also cited, highlighting the potential for revenue stacking, said the report, called Further Beyond Four Hours.

Two other applications were practically tied with self-consumption. Providing backup power was cited by 58% of the energy storage professionals questioned in the research.

And capturing energy otherwise lost due to grid constraints was mentioned by 55% of respondents.

Perhaps most significantly, though, the experts in the survey regarded long-duration energy storage as being applicable to all of 14 possible applications, including some now fulfilled by short-term assets such as lithium-ion batteries.

One in five respondents was happy to consider long-duration storage assets for classic short-term applications such as providing frequency response services within 30 seconds or even a second.

The report confirmed that most industry insiders define ‘long-duration storage’ as having a discharge time of four hours or more.

The study also concluded that the most promising technology for long-duration storage is flow batteries and the key criterion for selecting a given asset is the levelized cost of storage, followed by the capital expense required.

Craig Evans, founder and CEO of ESS, said: “We believe there is a strong case to be made for long-duration storage solutions, especially for renewables integration, and that the market is looking for alternatives to lithium-ion.

“The challenge is how to make an informed business decision when faced with an abundance of information and claims.

“As our surveyshowed, the highest percentage of decision-makers believe that levelised cost of storage is the most reliable factor.”

Further Beyond Four Hoursis the second long-duration energy storage study carried out by ESS in collaboration with Energy Storage Report. An earlier report, Beyond Four Hours, was published in 2016.

The new research backs up many of the findings in the original study, but also shows how attitudes to long-duration energy storage are shifting.

In 2016, for example, 30% of respondents said long-duration storage was not applicable to their business or might become important but was not at the time.

But in the new study, which went out to a more diverse base of respondents, 47% said they were considering long-duration storage in relation to some projects, while 27% said they were looking at it for most.

Writing in Energy Storage Report last week, Evans called for a re-evaluation of the importance of non-lithium-ion battery technologies in long-duration energy storage.

“Lithium-ion batteries are not just used in grid-scale energy storage projects,” he said.

“Why use lithium-ion batteries in long-duration storage applications when there are other technologies that can do the job and do it at a lower cost and with smaller environmental impact,” said Evans.

In its conclusion, the study said cost issues would increasingly put the spotlight on the materials used for energy storage.

“Ultimately, as we head towards ever-greater amounts of long-duration storage, the advantage will most likely lie with those technologies that use the cheapest, most plentiful materials,” said the report.

“In practice, these are likely to come from one of two groups: the rock-forming elements, which include sodium, silicon and carbon, and the major industrial metals, such as aluminium, magnesium and iron.”

Relatively few energy storage technologies are based on such materials today, said the report. “But for tomorrow’s bulk long-duration storage applications they will be increasingly critical,” it noted. 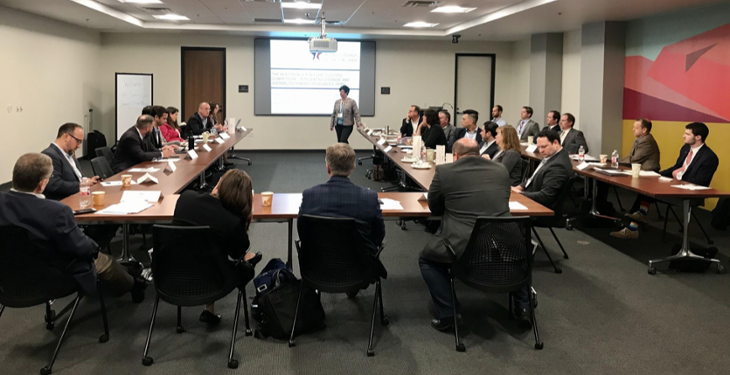 Top executives in the Texas advanced energy sector met last week in Austin for an Executive Forum put on by the Texas Advanced Energy Business Alliance (TAEBA). The topic: The Next Frontier in Texas Electric Competition: Integrating Storage... While a limited number of fully implemented projects exist, the term non-wires alternatives (NWAs) is gaining traction across the utility and broader energy industries.