The sale of the 714-megawatt East Anglia One implies a value for the offshore wind farm of $4.9 billion. It's expected to come online in 2020, generating enough emissions-free energy to power 600,000 average homes, according to Iberdrola.

Institutional investors are investing in offshore wind power projects at an earlier stage of development in a bid to earn steady income from long-term power purchase agreements, the news report highlights. For Iberdrola, the sale is expected to yield some 400 million UK pounds of income, according to a BloombergNEF analyst, capital it can invest to meet a goal of building out 10 gigawatts of offshore wind power capacity in the the next few years.

Wind power met more than half the UK's energy needs recently, Bloomberg highlights, but was just hit by the largest power outage in years in the wake of failures at a gas-fired power station and an offshore wind farm, a grid failure that's being investigated to ascertain its root cause and ways to avoid such issues in future. 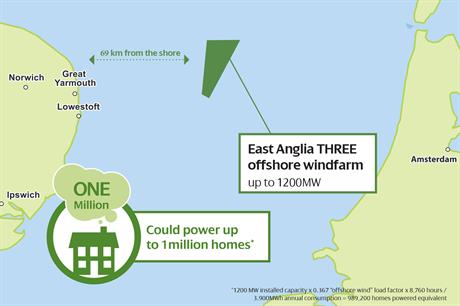 BC's revenue-neutral tax came under scrutiny when it was discovered some of the refunds were being structured as tax deductions, and not everyone...

Matt commented on ...
Why an Australian mining giant chose wind and solar over gas for $1 billion project

It's encouraging when even just the economic upsides/risks dictate to a shift to clean energy, at a time when the environmental perils that have...